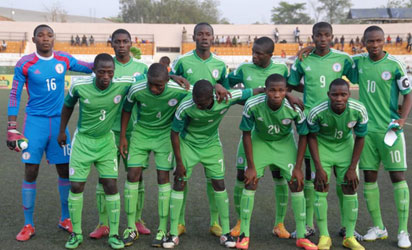 South Africa’s Amajimbos beat Cameroon 3-1 to move to five points and finish second behind Mali’s young eagles, who topped the group. The Amajimbos’ win set them for a semi-final clash against Nigeria’s Golden Eaglets and also sealed their FIFA Under-17 World Cup Chile 2015 place. Africa’s line-up for Chile will therefore be Nigeria, Mali, South Africa and Guinea.

At the Stade Municipal, Mali was dominant with several missed chances which could have seen them win by more than one goal. Aly Malle, Mohammed Haidara, Sekou Koita and Sidiki Maiga all missed glorious chances to add to Traore’s goal. The baby elephants, who played a man down in the second half following the sending off of Romaric Kone, could also not convert their best chances which fell for Idrissa Doumbia and Baba Lamine Trarore.

In the other Group B encounter, Fokem Achielle’s own goal on three minutes and a brace by skipper Nelson Maluleke, first from the spot and a beautiful finish after excellent play by Amajimbos handed South Africa a big win against Cameroon. Christian Bayemi got Cameroon’s consolation as they exited the tournament without a point.