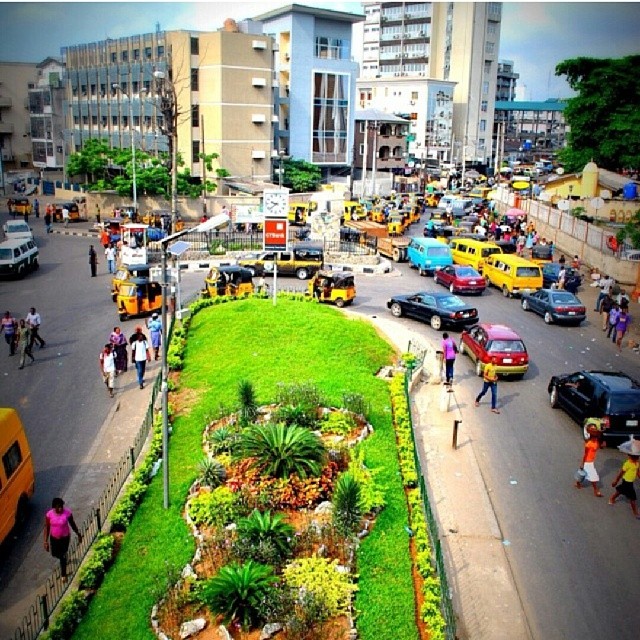 It is no longer news that President Goodluck Jonathan has been in Lagos, the nation’s commercial capital for close to a week now. The visit, initially billed as a working one for the commissioning of several new shipping vessels recently acquired for the Nigerian Navy has seemingly stretched into a political one to tighten gear for the forthcoming general elections.

Last week, a cross-section of market women groups in Lagos had visited President Goodluck Jonathan assuring him of their votes and of the People’s Democratic Party (PDP)’s triumph during the forthcoming presidential and gubernatorial polls.

The women groups from markets within Lagos and environs were led by their leaders, the Iyalojas to pay a solidarity visit to the President at the State House, Marina, Lagos and stressed that he will not lose in Lagos.

Aminat Hussein, leader of the women, told the president that they had stood behind PDP all through the years, but regrettably they had suffered harassment and high-handedness under the Lagos state government.

She alleged that despite attempts by APC “to buy over many of the market women”, they would mobilize themselves in the state and in other states to ensure victory for the PDP.

To this end, we went into town to sample the opinions of a few traders across the many markets in Lagos and assess their political leanings. At the Ladipo international market, one of the spare parts dealers there who insisted on remaining anonymous told newsmen that the APC government in Lagos was spoiling business for them with multiple taxes and attempting to force their hand so they vote only the party.
“We traders know our real enemy and would vote for the PDP to hold power in Lagos and at the federal level.”

All pleas by NewsWireNGR to get copies of the receipts fell on deaf ears as he confessed to being scared of any repercussions for his business.

His state of mind is not aloof as traders at the Alade market in Alausa, close to the seat of power of the Lagos state government attest.
Abdullah Mustapha (not real names, as he pleaded to be anonymous for fear of being sanctioned), a foreign exchange bureau operator said even though he personally liked Buhari and was voting for him for the presidency, some of his mates had decided to vote for Jonathan. When pressed further, he told this reporter, “My brother, look around you and ask everyone here. Tinubu don finish us with taxes, walahi. A vote for APC in this state is a vote for death for the masses. My younger brother, Ahmed has refused to be convinced to even vote for any APC candidate because of the plenty taxes we pay here. APC make business bad so he say Buhari must carry his own cross for entering bad party.”

In Tejuosho market at Yaba, the traders are pleased with Fashola for building an ultramodern market but lament that the shops will only go to the rich traders. Says one trader who wanted to be addressed simply as Hajia, “APC government is for only Olowo them.”

She added, “Jonathan is our candidate and we will vote for him whether Tinubu likes it or not. Even here in Lagos, Agbaje must win because we can’t allow one man who is not from Lagos to impose a candidate who is also not from Lagos. Olorun maje (God forbid)!”

Hajia said even though she and a host of other traders do not have television sets in their shops, the Lagos state government through the Lagos State Inland Revenue Service (LIRS) collects TV and radio taxes from them. “APC does not fear God”, she concluded.

The opinions of the traders ties in with reports indicating that traders in markets across Lagos are mobilizing to massively vote out the PDP in the 2015 elections.

The 2015 general elections hold on March 28 and April 11 respectively, after being shifted for six weeks from the initial date with the Independent National Electoral Commission (INEC) citing security challenges.