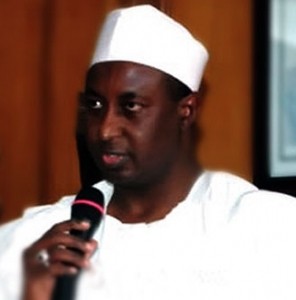 A coalition of youth groups from the 23 Local Government Areas of Kaduna State, on Monday resolved to throw their weight behind incumbent Gov. Mukhtar Ramalan Yero in the April 11 governorship election.

The Coordinator of the group, Mr Hadwyah Samuel, who disclosed this at a news conference in Kaduna, said Yero’s administration had affected the lives of the people positively.

Samuel dismissed claims in some quarters that the governor had abandoned projects started by his predecessor. He said that most of such projects had been completed.

“Gov. Yero, in his bid to improve the education sector, employs teachers and other staff in all the state-owned educational institutions, has helped in reducing youth unemployment in the state.

“The governor has paid NECO examination fees for Kaduna state students, returned the oversea scholarship scheme that was abandoned by the first executive governor of the state, Alhaji Balarabe Musa’’, he said.

The group condemned the manipulation of the youth by unscrupulous politicians to destabilise the peace of the country.

The coordinator also condemned politicians who instigate youths to attack leaders and their convoy.
“This is an act of demonising the youths and setting them against their leaders’’, he said.

Gov. Yero would compete with former FCT Minister and APC gubernatorial candidate, Mallam Nasie El-rufai, among other contenders for the number one citizen in Kaduna State.

Obasanjo’s Exit Not A “Loss” To The PDP – Anenih