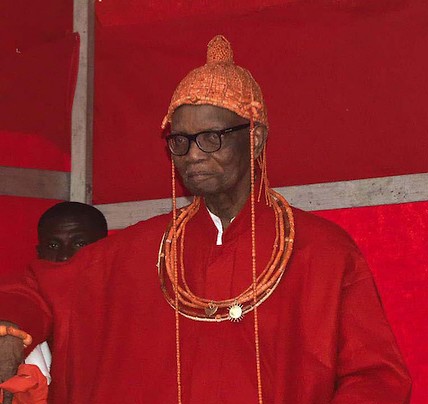 The Traditional Council of the Benin Kingdom has moved to dispel rumours of the death of Oba of Benin, Oba Erediauwa. The Council says the Oba is very much alive, contrary to wide spread reports online, last night that the Oba of Benin, had passed on at age 92.

Secretary of the Benin Council of Chiefs, Frank Irabor debunked the reports, on behalf of the Council. According to Mr Irabor, the rumors have been in circulation now for over a year

“They have been peddling that rumour for more than a year now, because the Oba has not been coming out. If there is anything like that, there is usually a statement from the palace or from the Benin Traditional Council.

“The fact that he has not been coming out, even when the President came last week, does not mean that there is anything like that?. I don’t bother about rumours. I believe in getting information from the authentic source. For more than six months, they have been carrying the rumor” he told punch in a phone interview.

Perhaps, the absence of the Oba during the visits of President Jonathan and Gen Buhari during their campaign rallies in Edo state last week, gave more credence to the rumors of his death.

Oba Of Benin Is Reportedly Dead