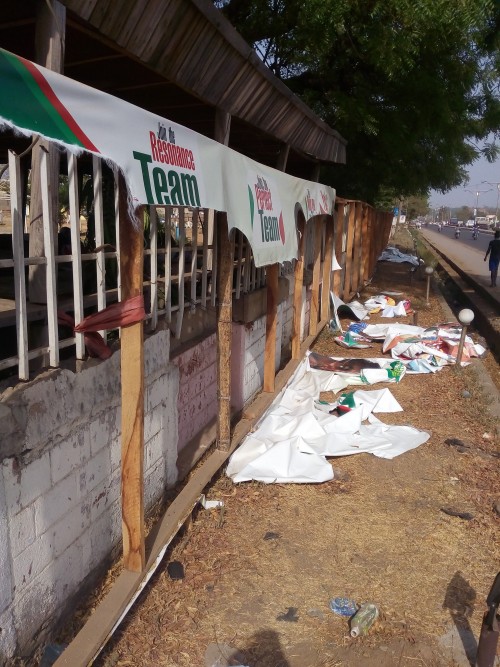 Hoodlums believed to be members and supporters of the All Progressives Congress (APC) numbering over 150 Saturday morning went on rampage in Makurdi town, disrupting the peace and destroying several properties in the town.

One of the places attacked by the hoodlums was the Pages Parks and Gardens in the heart of the town. The park also serves as the secretariat of the Booth To Booth Project, an advocacy and sensitisation group which drums up support for the Peoples Democratic Party, PDP candidates in Benue state.

Several posters and billboards belonging to candidates on the platform of the PDP were defaced and destroyed during the rampage.

According to eyewitnesses as reported by Abusidiqu Blog, the attackers attempted setting the Pages Parks and Gardens ablaze before they were stopped by security men on duty who challenged them.

Normalcy has since returned to the town.