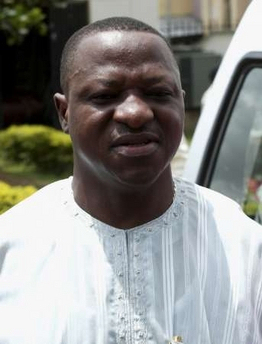 Eighty-year old father of Senator Joshua Dariye, the former governor of Plateau State, who was kidnapped on Saturday Feb. 7th at his home in Mushere, Bokkos LGA of Plateau State was found in Quaanpan LGA in the state this morning.
Eye witnesses say the kidnappers released him after much pressure from SSS operatives who have been on their trail following them from Plateau to Nasarawa states.

Four persons have been arrested in connection with his kidnap. Pa Defwang Dariye has since been handed over to his son, Sen Dariye. According to police sources, no ransom was paid. His abductors had demanded for a $10 million ransom for his release.

Cleric, Four Others Arrested For Trafficking In Ibadan

On The Other Side Of The Law: Officer’s Wife Nabbed For Robbery In Lagos