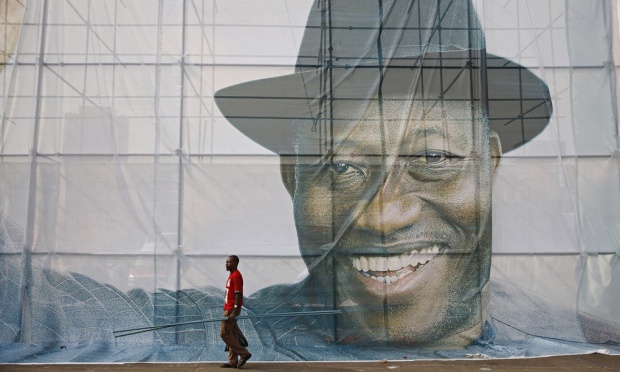 Finally, the Presidential election has been postponed, a new date; March 28, has been fixed. Whether some sets of people are responsible for the postponement, I can`t tell, but there are evidences that suggest that some particular sets of people were very interested in the postponement of the election and may have influenced the decision for their selfish gains.

Come to think about this; How do you describe the scenario when a media house- Associate Press, reported on Saturday (7th February, 2015) Morning that an official of the Independent National Electoral Commission (INEC) told them that the election would be postponed for 6 weeks due to security challenges and that the announcement would be made later on Saturday. Then INEC swiftly debunk this report that there was no official announcement yet as regards that and, it was still meeting with stakeholders to come up with decisions which would determine if the election would be postponed or not.

Then after the meeting and consultations that were expected to influence the decision of INEC, the announcement was made and the election was officially postponed jsut as reported by Associated Press.

Firstly, Associated Press reported that announcement would be made later on Saturday and it was so.

Secondly, Associated Press reported that the election would be postponed for six weeks and it was so.

Thirdly, Associated Press reported that the postponement was because of security challenges and that was also so.

It is then logical to conclude that, the decision to postpone the election has already been reached before the INEC meeting and consultations with stakeholders on Saturday. And that everything that happened at the meetings are the consultations, were just mere political set up to fulfill all righteousness. The truth is, the decision had already been taken before the meeting on Saturday, that was why Associated Press was able to report it just the way it happened before it happened!

Meanwhile, after the election, going by the new date; March 28, it is either the people choose to maintain the status quo or choose to go for change.

Although, the desperation of the ruling party has been so obvious, it has shown on several occasions and with several scenarios that it`s so desperate to maintain the status quo and keep the president in office for four (4) more years. Hence, it has harnessed various forms and methods to distort the credibility and fitness of the opposition candidate for the position.

In this article; I would be considering some of those desperate steps that have been taken by the ruling party and the presidency to retain their positions and maintain status quo as against the determination of the people to secure a change at the poll. I have tried to compile a list of attacks that have been used against the major opposition party`s candidate; General Mohammed Buhari since the election process began.

ATTACK ON HIS AGE

This appears to be the first attack that the presidency adopted as a tool against General Buhari. On several occasions and through different means, they have tried to confuse and not convince the people that General Buhari; 73, is too old to become the president in a country where there are vibrant, agile and strong youths.

However, the people have responded and have maintained that, even if Buhari is older than this, they are willing to vote for him, and that the great Mandela was 75, when he became the President of South Africa.

ATTACK ON HIS PERSONALITY AND PAST LEADERSHIP

In an attempt to further confuse the people on why not to vote for the General, the presidency also went on a personal attack on his personality and on his leadership attributes when he was Head of State. He has been alleged of being a religious extremist with an Islamic agenda to Islamize Nigeria. As desperate as they are, they sponsored a documentary through some media (TV stations) that was aimed at assassinating the character of the General. But you know what; the documentary has only succeeded in assassinating the little left over credibility of those media houses that allowed themselves to be used as a tool for political gains. And again the people responded with great determination that they aren’t moved in spite of the propaganda.

ATTACK ON HIS EDUCATION

You cannot overestimate the desperation of the presidency in securing power for four (4) more years. This time around, it was an attack on his educational qualification. They want the people to feel that the General is not educated, hence, not fit for the position of the presidency. But the truth is, the people don`t care if the General is a PhD holder or not, or even if he has no certificates. They know he is not a graduate of any university and he never for once claims that. He has always been proud to present himself as secondary school certificate holder and as a General.

The determination of the people for change responded to the attack and said, even if General Buhari presents his Birth Certificate as his educational certificate that they are ready to vote for him. That’s to show how determined the people are for change.

ATTACK ON HIS RELIGION

General Buhari is just a devoted and dedicated Muslim just like many others in the country today. However, in his own case, he`s dedication is being used against him by the presidency to gainer more votes for itself. On several occasions, he has been falsely accused of being a religious fanatic with the intension of Islamizing the country. But the fact is, the people maintained their position for change, with a consolation that; Nigeria with its level of socialization and exposure is too big of a nation in all its forms to be Islamized by one man. Aside from that, even as a General, when he had the veto power to make such happens, he didn’t do it. How then will he now do such when he is returning as a democratically elected President?

ATTACK ON HIS HEALTH

While the ruling party and the presidency have gone on rampage showing their desperations to win the election, the attack on General Buhari`s health was not left untouched. It was wrongly reported that Buhari collapsed during the presidential campaign rally of the All Progressives Congress (APC) in Calabar. Cross River State, hence not fit for the presidency and should go treat himself. But one thing is sure, unlike President Yaradua, that was not available during most of his campaign rally, General Buhari, has actively been on the ground all through his campaign and has been actively involved. To show more desperation, about the health of the President as a reason for him not being fit, the Governor of Ekiti State, made public an advertorial depicting a possible death wish for the General. In all of these, the people have been so resolute about their choice of candidate and a strong need to vote for change.

This is the first time in the history of our democracy since 1999 that the incumbent is finding it pretty difficult to believe what they are seeing and is being scared of losing the election. Before now, they have always been at the better side of victory.

As it stands now, it seems there is no time the election is held that it would not result to victory for the opposition party. The desperation of the presidency has been quite obvious but also the determination of the people has been very strong and firm. The people do not care about the attacks and propaganda any longer, what they simply desire is change.

While some believe that it is the desperation of the presidency to maintain the status quo that influenced the postponement of the election, one thing is certain, whether the election holds today or tomorrow or next year, the people are tired of celebrating Mediocracy as Transformation Agenda. They want to try change and are ready to get with all determinations.