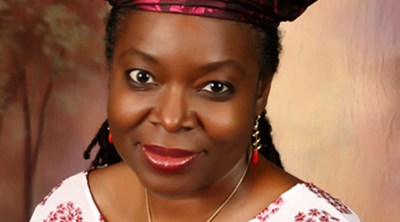 Minister of State for the Federal Capital Territory, Oloye Jumoke Akinjide, has said President Goodluck Jonathan is Nigeria’s best President until date having accomplished several outstanding achievement withing the past four years of his administration.

She stated this while on a visit to the University College Hospital, Ibadan, where she brought to mind the reformed and transparent electoral process which has seen opposition parties win 4 out of 5 bye elections held between 2011 and 2014.

In her words: “The freest and fairest elections in Nigeria held under President Jonathan. Between 2011 and now we have had five bye-elections out of which the opposition parties won four and PDP only won one in Ekiti State. President Jonathan believes in rule of law and sanctity of the Nigerian constitution. He does not use power arbitrarily.”

Akinjide further hailed President Jonathan for his giant strides in the education sector saying: “In our 100 years of existence as a nation, Nigeria had 24 universities but in four years of Jonathan, he has added half of what we had in 100 years. The issue of low standard of education among youths and children has been frontally tackled with the introduction of Almajiri schools in the north.

“More so, he organised the national conference where all decisions were taken by consensus and creation of additional states, especially Ibadan State, which has been a mirage for years.”

On gender equality and women empowerment, Akinjide said: “On women empowerment, at present, there is 35 per cent women inclusion in government with a promise of increasing it to 50 percent if re-elected. Apart from guaranteeing that the nation’s press operates in an atmosphere of total freedom, President Goodluck Jonathan assented to the Freedom of Information Act which gives Nigerians access to information on government activities and policies.

If President Jonathan has done this much, I can assure you that things can only get better under his watch if re-elected.”

The Minister went ahead to pay glowing credit to President Jonathan for privatising the power sector as it has led to an increment of the country’s electricity capacity from 2,000 mega watts to 4,000 mega watts.

She also commended President Jonathan for allowing incumbent Governors remain in office, even when state of emergency is declared in the state, unlike what was obtainable during the era of Olusegun Obasanjo, who did away with the elected officers.