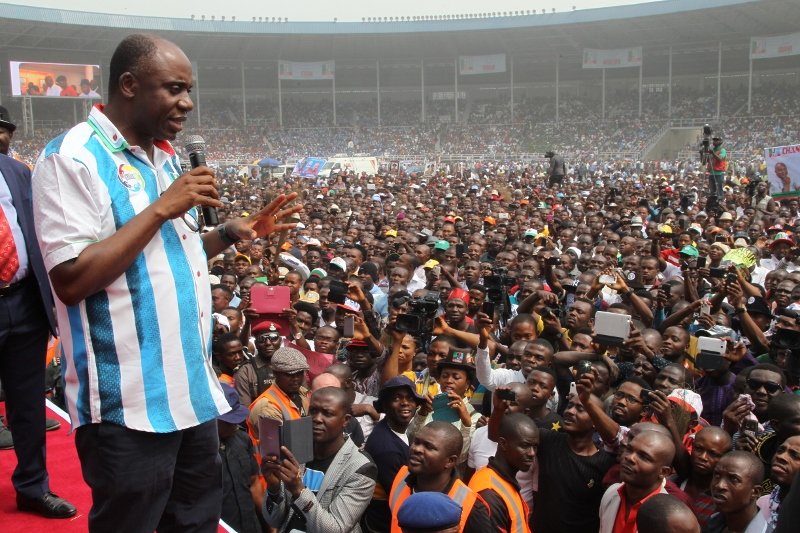 He said the compromised religious leaders are circulating documents to Nigerians alleging that APC and Buhari will islamize the entire country if elected into power during the February general elections.

Amaechi, who spoke during the APC governorship campaign rally at Emohua, headquarters of Emohua local government area of Rivers state, said Nigerians were too enlightened for an individual or a political party to islamize the whole country, and advised the affected pastors to return the money to the coffers of the Federal Government.

“They gave them N6 billion and they should return it to the federal government coffers. They will tell you that Buhari wants to islamize Nigeria, tell them we are too educated. I am a Catholic, but no Catholic priest has told me that story right now in the Catholic Church because I will ask him how?