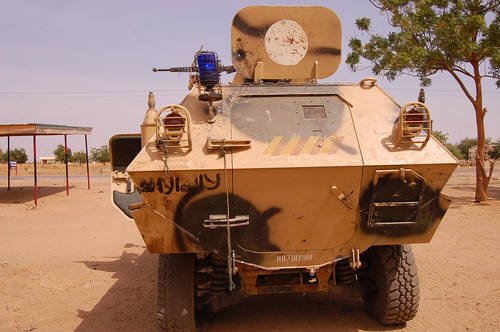 The Nigerian Army has successfully neutralised Boko Haram’s latest siege on Maiduguri, this Sunday morning. The statement claims normalcy has returned to the state capital and the terrorists lost some of their weapons as well.

“The terrorists who in their disarray strayed towards Bama, Ngom, Alou, Delwa and Mafa in the night have now been effectively contained. Mopping up operation is ongoing. Several weapons, arms and ammunition including two armoured vehicles and two artillery guns as well as 17 Hilux vehicles have been captured from them. Several terrorists also died.The affected locations have been secured and soldiers wounded are being treated. Patrols and pursuit of fleeing terrorists is continuing in coordination with allied forces. Meanwhile, the terrorists attack on Maiduguri in the early hours of Sunday was quickly contained. The terrorists incurred massive casualty. The situation is calm as mopping up operation in the affected area is ongoing. The ongoing operations is in coordination with activities in the Multinational Joint Task. The terrorists are meant to be engaged in all fronts including their previous safe havens and hide outs in the region. It is in line with the arrangement for a comprehensive and coordinated military operation with inputs by military forces in the Lake Chad Basin Commission namely Nigeria, Chad, Niger, and Cameroon.More later.”Major General Chris OlukoladeDirector Defence InformationFebruary 1, 2015