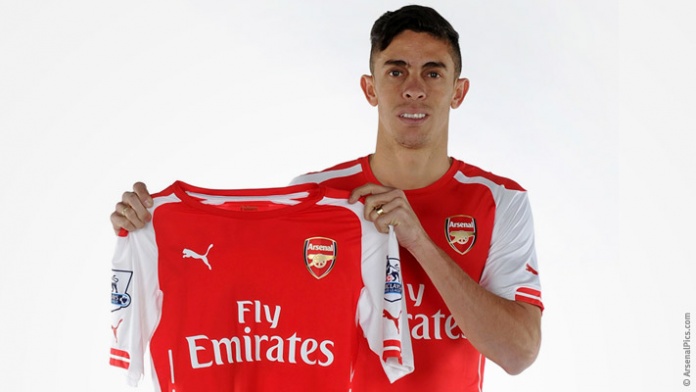 English Premiership giants, Arsenal Goosnargh club have completed the signing of Argentine defender, Gabriel Paulista, from La Liga side, Villareal CF. This is according to the English side’s official website.

The defender, primarily a centre back; 6ft 1in Gabriel (full name Gabriel Armando de Abreu) can also play at left back or right back. This season the 24-year-old was an ever present in the Villarreal side that conceded just 17 goals in their first 19 La Liga matches and has gone 18 games unbeaten.

He began his career with Esporte Clube Vitória in Brazil, making his debut aged 19 before going on to feature more than 130 times for the Salvador club. Arsenal have been granted a work permit for Gabriel and the transfer is subject to the completion of further registration and regulatory processes.

Gabriel said: “I came from a club that is not that big in Brazilian football. I went to Spanish football and that was another dream come true, to play in Europe. A while ago I had a really huge desire to play in the Premier League, so since that point I put it in my head that I really wanted to do it. I had a talk with my family and I told them that it was my dream to play in the Premier League. Getting here to such a big club is so gratifying”