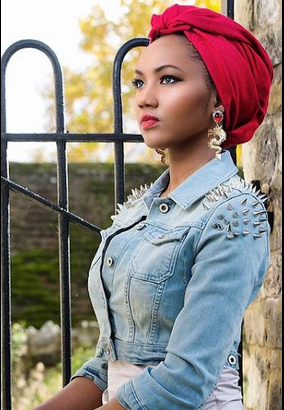 Even before ‘breaking the internet’, the past few months has seen, Zahra Buhari, daughter of APC presidential aspirant, Muhammadu Buhari, displaying her unwavering support for her father, via Twitter. The beautiful young lady, is

responsible for allegedly, ‘breaking the internet’, by causing chaos, as the subject of huge admiration from both sexes on ‘political twitter’; few days ago. She has lept to her father’s unwavering support in the certificate saga confronting his candidature.

Despite, succumbing to pressures from the PDP and concerned supporters, to request for and present his much sought after certificate, Buhari has been plagued with calls over the authenticity of the papers, his school, tended.