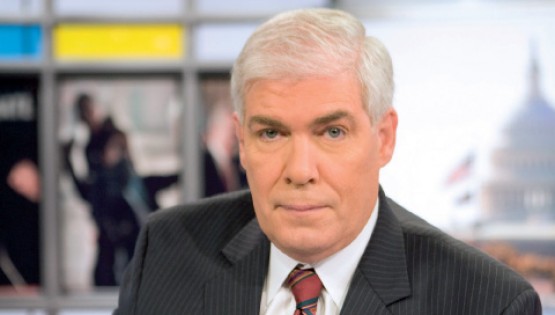 The veteran CNN anchor Jim Clancy has left the network after a series of Twitter messages he wrote about the terrorist attack on the French satirical newspaper Charlie Hebdo that left 12 people dead.

In the tweets, which were sent on the day of the attack, Mr. Clancy wrote about the cartoons the paper had published depicting the Prophet Muhammad, but he then began criticizing supporters of Israel and sparring with other Twitter users. Mr. Clancy’s Twitter account has since been deleted, but the tweets were published on several websites, including Gawker, Twitchy and Mediaite.

On Jan. 7, Mr. Clancy posted a message about cartoons Charlie Hebdo published before the massacre at its Paris office. “The cartoons NEVER mocked the Prophet,” he said. “They mocked how the COWARDS tried to distort his word.” The message was retweeted more than 600 times.

Some called Mr. Clancy’s statement untrue. One was Oren Kessler, a research director at the Foundation for Defense of Democracies, which studies international terrorism. He responded with a tweet that said, “The magazine was targeted in the past over an issue in which Muhammad was listed as guest editor.”

Mr. Clancy then posted a series of tweets including one that said, “These accounts are part of a campaign to do PR for #Israel @JewsMakingNews @elderofziyon Nothing illegal – but PR not HR: Human Rights.”

Mr. Clancy, who anchored the global news show “The Brief,” had worked at CNN for more than 30 years, covering the fall of the Berlin Wall, the Rwandan genocide and the Iraq wars, according to a biography that has since has been deleted from CNN’s website.