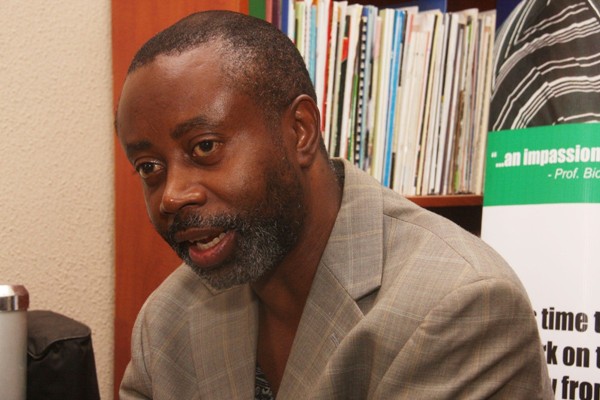 I do not think Nigerians have a difficult choice to make when they go to the polls on Valentine’s Day. It’s either they return the incumbent, President Goodluck Jonathan, or replace him with the candidate of the main opposition party, Gen. Muhammadu Buhari (retd.). I think it is an easy choice because either way the fundamental problem remains.

I believe in change which is the mantra of the opposition All Progressives Congress (APC), but the change I envisage is fundamental; one that touches the very core of the heart and soul of Nigeria. It is the change that deals with why Nigeria – a nation blessed with abundant natural and human resources – remains a fourth-rate country more than five decades after independence; one that will interrogate why political power and elections in the country have become a zero-sum game, “a do-or-die” affair as one incorrigible ex-president once described his party’s quest to retain power.

Evidently, political power and elections in Nigeria are not about love for country or service to the motherland because that motherland is an illusion. And for some strange reasons, we have perfected how to avoid confronting this issue. That is much more troubling, for me, than who occupies Aso Rock, the seat of government, come May 29. In this regard, Nigerians must continue to remain vigilant and to demand (regardless of who emerges victorious on February 14) that we go back to fundamentals.

Clearly, this is not the Nigeria the anti-colonialists envisioned, fought and died for. Years of political brinkmanship, reprehensible military dictatorship, corruption and irresponsible leadership have served to make nonsense of the true meaning of nationhood. Today, ours is a nation on the brink and no amount of rhetoric or wishful thinking can obviate this reality.

So, the ultimate agenda really ought to be how to reclaim Nigeria, if it is still reclaimable, to negotiate its terms of existence.It isa task genuine democrats and patriots, partisan affiliation notwithstanding, must pursue with all seriousness considering the “clear and present danger”.

In the end, what this particular election is really about is the opportunity and ability of Nigerians to retain or change a government through the ballot. That in itself is “progress” considering our unflattering history of electoral politics. It is gratifying to know that it is a choice we can make, except that it is hard to gauge the preparedness of the election umpire, the Independent National Electoral Commission (INEC).

For an agency that has had four years to learn from its mistakes and prepare for this election, I don’t think INEC has acquitted itself well so far. That in itself is disconcerting because INEC’s conduct can, to a great extent, determine the post-election narrative.

Nigeria’s political class, as currently constituted, does not have the desire or capacity to confront the country’s greatest challenge: its structural distortions. Therefore, for an election whose outcome would have little or no impact moving forward, the least Nigerians owe themselves and the country is to ensure a peaceful and “free and fair” election where the votes and consequently the decisions of Nigerian would matter.

A great deal of that responsibility rests on the government with its unrestrained control of the instruments of coercion and the political parties whose rhetoric in the name of campaign does nothing but provoke discord. But the greater task, I think, rests with INEC that has the constitutional mandate to supervise elections. INEC should not only conduct but should be seen to have conducted a “free and fair” election. For the sake of all of us, we hope it does not shirk this responsibility.

For those who are able to vote on February 14, my advice is let’s sheath our swords knowing that the sad reality and tragedy is that the outcome of our efforts would either be the continuation or beginning of a long and arduous task of reclaiming this country; that is, if we still believe in it!

‘Gbenga Sesan: An Open Letter To The Nigerian Voter