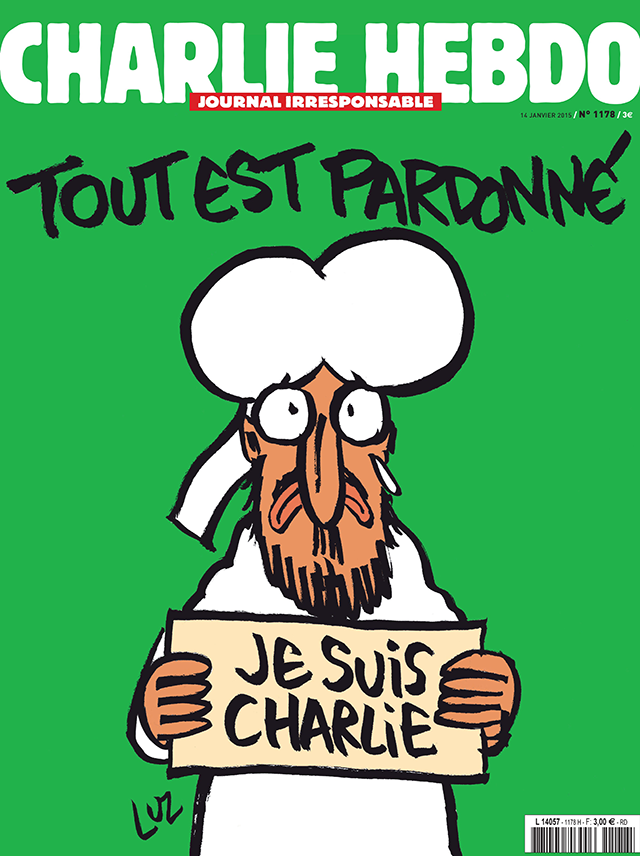 Charlie Hebdo, a French satirical magazine has released its first cover since an attack was carried out on its offices last week by suspected terrorists.

The latest cover of the magazine was unveiled on Tuesday, and it features a drawing of Prophet Muhammad holding a sign that reads “Je Suis Charlie”, which means “I am Charlie.”

The tag line on the cover “Tout Est Pardonne” means “all is forgiven.”

The magazine said it is planning to release three million copies of the new issue.