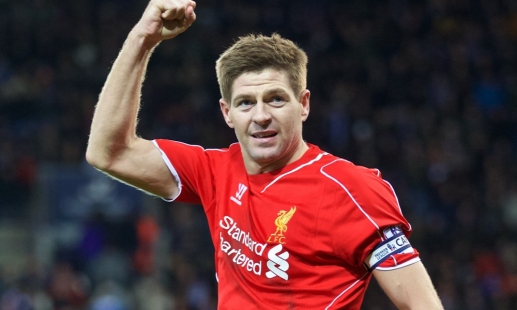 Steven Gerrard has confirmed that he will leave Liverpool when his contract expires in June. The Reds captain, who made his debut in 1997, has been heavily linked with a move to the American MLS, specifically LA Galaxy.

Gerrard was offered a new contract to stay at Anfield in December, with Brendan Rodgers expressing his hope that the 34-year-old would commit his future to the club, but he will instead look to finish his career away from the Premier League.

The star has become a Liverpool legend since making his bow as a 20-year-old, captaining the club to Champions League glory in 2005, and he has also won two FA Cups, two League Cups, one UEFA Cup and two UEFA Super Cups. The one prize that has eluded him remains the Premier League.

But, despite his bulging trophy cabinet, Gerrard has had to cope with a withdrawn role this season, with Rodgers often opting to bench the veteran in favour of rotating his options. One such occasion came in the Champions League clash with Real Madrid, leading to reports that Gerrard was considering his future.

In total, he has made 26 appearances in all competitions this season, scoring seven goals.

Brendan Rodgers: Gerrard Is One Of The Greatest [Must Read Moving Tribute]

“We Didn’t Do Well”, Kanu Berates Nigeria’s Football Performance In 2014