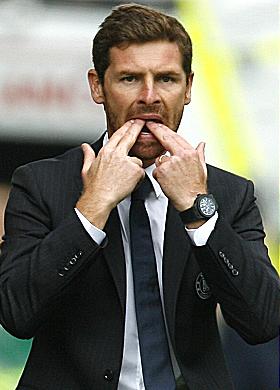 Zenit manager, Andres Villas-Boas has spoken to Expresso about his short stint in charge of the Blues. The 37-year-old revealed that his players back then at Chelsea let him down. When asked if his players let him down while he was with the Blues, his response was in the affirmative

“Yes, and it was even public. Ashley Cole even admitted it and, although it’s good that he’s come out with it now, it was unacceptable at the time.”

“I wanted to defend my players and the club and, at the end, I looked around me and saw that I didn’t have anyone else with me. I was treated badly all the way through.”

Giving The Fans A Treat! Neymar Strips To His Briefs After Charity Game [VIDEO]