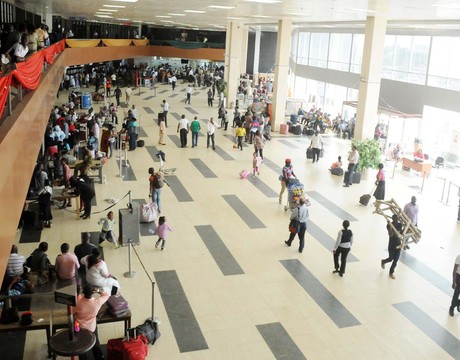 Hundreds of intending passengers were on Thursday stranded at the two domestic Lagos airports over hike in, fares by airline operators.

The operators capitalised on the Christmas rush to increase their fares.According to the reports gathered, the air ticket for an hour flight currently ranged from N30, 000 to N43, 000, depending on the carrier.

Officials of some of the airlines said the rush for tickets was more pronounced on Lagos, Enugu, Abuja, Owerri, Calabar and Port Harcourt routes.

Findings at the Lagos airports as well as enquiries from airline representatives showed that the average fare on the Lagos-Enugu route, which was less than 45 minutes, was N35, 000 as against N20, 000 about two months ago.

This was against an average of N24, 000 recorded some weeks ago.

Dati said that this was to help them plan their trips ahead in order to avoid last-minute stress.

Some of the passengers who spoke to NAN wondered why fares were always hiked during the festive periods.

Mr Olumide Faleti, a traveler who was heading to Enugu from Abuja said: “it is funny how things operate here. This is a time to share and not to exploit your passengers.’’

According to him, domestic airlines should learn to introduce low cost promotional fares to attract travelers instead of exploiting passengers as a result of the season.

He regretted the dearth of local carriers in the sector, adding that, the few in the business were cashing on the development at the detriment of their customers.

Another passenger, Dr Mayowa Olawale, said before now he had been searching for low cost fares online but could not get any.
“I’m on my way to Abuja where my parents reside. I searched on the Internet for promotional fares but was disappointed when I found out that all the carriers going my way had their ticket prices above N35, 000,” he said.
Meanwhile, some ticketing officers, who pleaded anonymity said that the difference in airfares when compared to what they used to be was normal at this period.

“It is normal for airfares to rise, especially during Christmas and as the year comes to an end. It is not only our airline that has increased fares,’’ he said