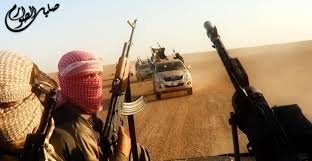 The federal government has warned that agents of the Islamic State of Iraq and Syria (ISIS) are scouting in the country to recruit Nigerian youths as fighters for the terrorist group.

The Coordinator of the National Information Centre and Director-General of the National Orientation Agency (NOA), Mr. Mike Omeri, made this known in a statement signed by his Special Adviser, David Akoji.

Omeri said intelligence reports had shown that three South African nationals were among some of the fighters recruited by ISIS agents operating under the guise of humanitarian support groups for refugees and orphans in Nigeria.

He added that ISIS was scouting for fighters around the Islamic world and from Africa, and cautioned Nigerians against being lured into joining the terror group.

“Nigerians are known the world over to be selfless, hospitable and humanitarian. We believe in the brotherhood of all mankind and no one should be allowed to take advantage of these virtues or turn them into vices.

“Nigerians are therefore advised to report to security agencies without hesitation, any group or non-governmental agency whose overt or covert activities are suspicious or have tendencies to jeopardise the innocence of our youths and the security of our people wherever they are in the world,” he said.

He however assured the public that the federal government was doing everything possible to secure the lives and properties of every Nigerian.

“Government is leaving no room to chance in the fight against terror and the protection of lives and property,” he said, while urging Nigerians to maintain their confidence in government’s security efforts, show greater cooperation with security agencies and ensure stricter compliance with security tips which are currently running on print and electronic media platforms.

I Criticised Jonathan Nothing Happened, I Criticised Buhari & I Get Death Threats – Sheikh Gumi