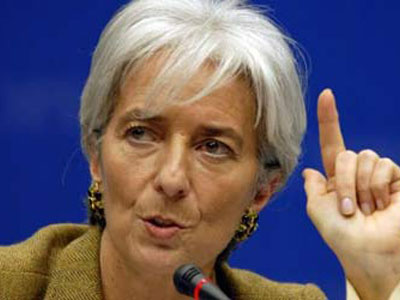 The International Monetary Fund (IMF) has said that Nigeria remained vulnerable to oil price volatility and global financial developments, despite assurance from the Federal Government that it has put measures in place to reduce the effect of fall in crude oil prices on the economy.

The IMF which admitted that the country has already taken measures cushion the effect of the crude oil price decline, however believed that fiscal and external buffers are low and that there is less policy space for maneuvering, compared to the onset of the 2008-09 financial crisis.

In its report tagged: “2014 Article IV Mission to Nigeria”, released recently, IMF disclosed that the Excess Crude Account (ECA) in 2008 was $21 billion compared to $3 billion now, while gross international reserves was $52 billion. “Further, the exigencies of public financial management apply equally to all tiers of government: although the focus has been on the response of the federal government, lower oil receipts, low internal generated revenues, and a constrained ability to reduce recurrent expenditure could have a significant impact on delivery of social services by state and local governments, suggest the need for robust risk management frameworks across all tiers of government”, it added.

It stated that rebuilding buffers, especially the ECA, was a necessity for addressing future shocks. “Capital outflows have continued and, with lower oil receipts, have led to sustained pressure on the naira. The authorities have reaffirmed their willingness to implement appropriate measures to manage risks. Despite the tightly managed official exchange rate, the interbank foreign exchange market and bureau de change rates have been trading at significant premia over the official Dutch auction rate, producing market distortions and contributing to inflation”.

The report noted that the longer-term challenge, however, is to successfully put the economy on a path to lower oil-dependency and a diversified and competitive investment-driven non-oil sector.

“Given the developments in the oil markets, the authorities have embarked on initiatives to diversify revenue sources, address the cost of governance (an opportunity cost to capital and social investment), improve efficiency of public sector service delivery, galvanize public financial management reforms, and improve effective capacity at the state and local tiers of government.”

Also, they are mobilizing non-oil revenue by improving tax administration (achieving almost double the target for 2014), and intend to undertake tax reform and lower leakages (through a rationalization of waivers and exemptions). It is important that these continue. Despite the outlook, Nigeria could surmount its challenges, especially if a national spirit of burden sharing and rebuilding together is actively embraced.