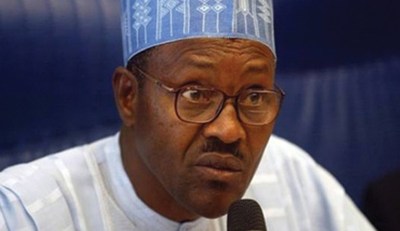 The Presidential Candidate of the All Progressives Congress (APC), General Muhammadu Buhari (retired) says Nigerians have been contributing the sum of 100 Naira each for his presidential campaign for the 2015 general elections, insisting that he is not breaking any law as regards the funding.

Channels Television reports that General Buhari told a press conference in Abuja on Tuesday that he had adopted the approach by US President Barack Obama, when he asked his supporters to contribute towards his campaign.

He said that the crowdfunding project had so far realised the sum of 44.5 million Naira through direct deposit and sale of donation cards

The APC flag bearer had told supporters while delivering a speech on the day of the presidential primary election that he had no money to lobby or gratify any one, asking for their support.

The funds so far raised, according to him, showed the kind of support that he had received from Nigerians.

The former military Head of State, General Buhari, will on February 14 vie for the presidential seat with the incumbent President and flag bearer of the Peoples Democratic Party, Goodluck Jonathan.