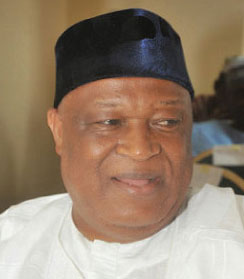 It was gathered that Gemade won the party primary of the APC for the Benue North East senatorial zone early this morning. He will now contest against incumbent governor, Gabriel Suswam during next year’s general elections.

His defection from the PDP stems from a disagreement with Suswam over who should fly the party’s flag for Benue North Senatorial zone.

Sources say the former National Chairman of the PDP, Senator Banabas Gemade decided to join the opposition All Progressives Congress, APC, to realize his re-election bid in the Senate.

The source further stated that Gemade who is the Chairman, Senate Committee on National Planning will join forces with the former governor of the state and Senate Minority Leader, Senator George Akume to ensure that APC captures the state in 2015 general elections.

The source claimed that Senator Gemade decided to leave the PDP because the National Working Committee, NWC, of the PDP, turned down the list of his (Gemade) delegates and recognized the governor’s list which he claimed were allegedly written in the comfort of his Anyiim, Logo country home, Benue State.

NewsWireNGR recalls that Senator Akume was allegedly pushed out of the PDP and he joined the opposition party to win his election in 2011 and has become a Chieftain of the APC and Minority Leader in the senate.

“The Whole Electoral Exercise Was A Sham.” ~ @MObanikoro Rejects Outcome Of PDP Primary