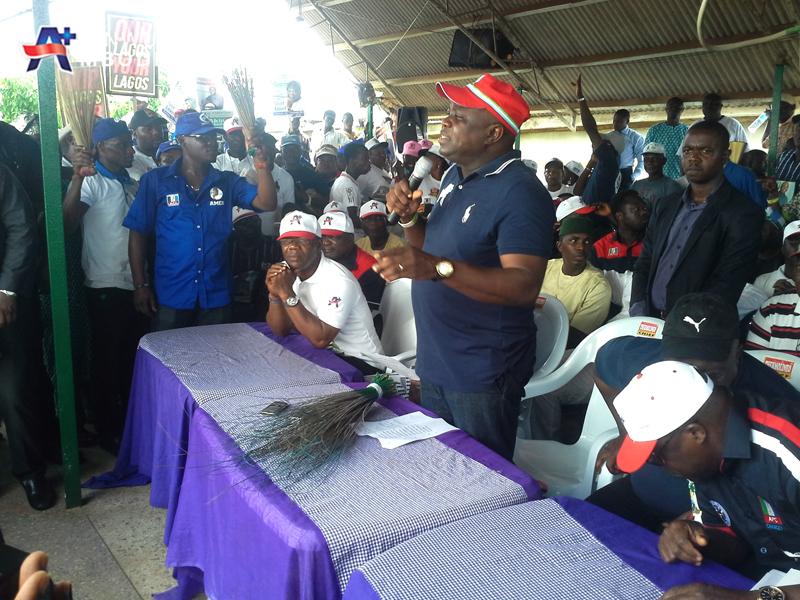 My fellow Lagosians, it is with a deep sense of gratitude and humility that I accept this ticket to run as the flag bearer of our great party, APC in the 2015 gubernatorial elections. This victory was made possible by you the people.

And to my fellow contestants, I have nothing but commendation and respect for putting up a good fight. The success of this primary and the victory that has come out of it is not just for me but for all of us that stepped into the water. It is a victory for Lagosians and for democracy.

I thank all the delegates, over 6,000 of you who voted according to your conscience. For once, you did not wavered in your faith in the process put in place by our great party, APC. To the State party Executive and the National officers, I extend my appreciation for the long hours and the experience invested in this exercise.

The orderliness, the transparency of the process and the spirit of sportsmanship devoid of bitterness that characterized this process signpost a better future for our democracy.

Our party has demonstrated to all that we are a party of great minds and democratic ideals. The flag of the party that you have handed over to me I accept with a deep sense of history, knowing fully well that Lagos deserves nothing but the best in terms of good governance and dynamic development. We have a legacy to build upon. We have a challenge to meet and speedily too. The responsibility belongs to all of us. Let us put aside the disappointment of yesterday and embrace the opportunity of today. Not forgetting that the future begins today. We must never forget that the future of Lagos is bigger than the summation of our ambitions.

After this victory, we must move quickly to retain the party APC in the column of the progressives by returning the APC to power in Lagos. The task ahead of is daunting, but surmountable. We have only just commenced the first phase of the execution of our political agenda. The next phase beckons. We must all work together to usher APC back into power in Lagos state.

On my part, I promise never to waiver or fail. I promise to energize and mobilize our teeming supporters in the next phase of this struggle. I put myself to the task, knowing fully well that the foundation laid must never be destroyed but built upon. I commit to the continuation of excellence and the uplifment of the lives of all Lagosians.

I thank you and God Bless Lagos State.

Charly ‘Boy’ Oputa: My Sexuality Has Always Been A Subject Of Scrutiny [MUST READ]

Opinion: What If The Nigerian Military Commander Is The Saboteur?