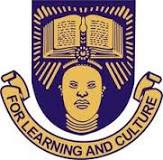 On Thursday, a student of Obafemi Awolowo University (OAU) Ile Ife southwest Nigeria told me that Nigerian president Dr Goodluck Jonathan would be visiting the school on Friday to meet traditional rulers in the southwest. He wanted me to come and cover the visit. Knowing the political climate in Nigeria very well – especially how our politicians decide where to visit and where to avoid, I told him the president wouldn’t dare to visit Osun state for two reasons – Aregbesola and OAU students.

But in the late evening of the same day, I heard helicopters flying quite low around Ibadan and I knew right away that the president really planned to come and wasn’t sending Vice President Namadi Sambo to represent him.

“Game on,” I said to myself, because I was so sure that irrespective of what the president was coming to do in the university, the headlines on Saturday would be quite interesting. While I was right about the interesting headlines following President Jonathan’s visit to OAU, nothing prepared me for what went down at the school on that particular day.

I was following updates in the morning and nothing unusual really happened until the president finished his meeting with the royal fathers (and mothers?). So when I finally heard what really happened when the president was making his way to the Nigerian Air Force (NAF) aircraft, I couldn’t help but marvel at the ‘liver’ the students had for them to be able to pull the kind of stunt they did. But from what I have personally experienced at the university, I can say the true spirit of aluta has its headquarters in OAU, specifically the great Awo Hall.

Few months ago, I was invited to the institution to cover an international technology conference. I never expected anything to go wrong; being familiar with what happens in Nigerian academic institutions from primary to tertiary levels when important personalities are visiting – the roads are well lined with smiling students wearing sparkling clean clothes and waving flags. But that was not what I saw at OAU. We were informed that the students of the institution were protesting and had blocked the expressway. We had to endure a longer-than-expected journey. But throughout the trip, no one blamed the students for their actions considering the fact that they were demanding the school management should rescind its decision to increase the fees the students were paying.

For those that don’t really know much about OAU, a brief description of the composition of the student population would be quite helpful.

Prior to the recent hike in fees, even till now (to the best of my knowledge), OAU is the most affordable university in Nigeria. This is why some families that you wouldn’t expect their children to be able to go to the universities would still be able to send their kids to OAU. I also know some OAU students that are paying their own school fees and are raising money through jobs such as farming, bus conducting, commercial motorcycling, selling airtime, and of course there are the Yahoo boys. For these students, any major hike in the cost of education and living would negatively impact their education and may threaten their future. This is why when they protest, they often get the pity of everybody.

When the students protested against the hike in fees, the management of the institution decided to close the school temporarily and the leaders of the Students’ Union Government appeared on Channels TV. A friend of mine that saw the interview said he had pity on the poor students that form the majority of the students’ population.

Unlike private academic institutions and some high-end government-owned universities, the students of OAU know that they are the sole guardians and custodians of their own destinies. In other words, no one cares. If they choose to keep quiet, they will continue to suffer in silence – just like the rest of us.

They know that Nigerian leaders will continue to steal public funds and call the sane ones among us foolish when 7 out of over 20 lawmakers impeach the speaker of a house of assembly and the executive governor recognizes the new ‘speaker’ that was ‘elected’.

The governor of Ekiti state, Ayodele Fayose also attempted to pacify the students. ‘Fayose of all people,’ was what many of the students said while shouting Ole (thief) in high decibels.

Many political analysts believe the much desired end to the Boko Haram scourge would not come – and the girls may not come back anytime soon if we cannot constructively demand those that we elected to rule and oversee us should do their job and stop the senseless murders up north and elsewhere and politricking that is going on everywhere including social media – Team GEJ versus Team APC.

Nigerians have a lot to learn from OAU students. We need to perfect the art of speaking out and making our voices heard without destroying a leaf. Throughout their protest yesterday, they didn’t destroy anything and no one was arrested by the police because they did not commit any offence.

Nigerians should realize that Dr. Reuben Abati and Uncle Doyin Okupe will continue to paint everything about the current administration positive, it’s their job to do that; and Lai Mohammed and other members of the opposition party would never see anything good in the Goodluck Jonathan-led administration either. No one can or should trust any of them only. But the voice the whole world want to hear is the voice of the citizens telling the rest of the world what is happening in their communities and if needs arise, they should be the ones clamoring for better treatment, better governance, better security, better economy, transparency and end to corruption across the Nigeria.

I asked some students of the school why they gave the president such cold and harsh treatment. They all said they don’t like how the president handled (failed to handle) the issue of the hike in their fees. They expressed dissatisfaction with the ways that students are being killed; they also said they want something better than what the president is offering Nigeria.

To add salt to a diabetic wound that isn’t healing properly, the president’s entourage did what they often do – they didn’t allow anyone to drive any car through the gate into the school, forcing the students and other members of the OAU committee to trek for several kilometers.

“People don’t like you and instead of trying to do what will appease the people you are supposed to be leading you came all the way from the comfort of Aso Rock in Abuja to make life difficult for us in Ile Ife. You didn’t care that just because of one head, thousands of us hard to walk under the scorching Harmattan sun to examination halls. Our school fees were increased, you couldn’t say anything but because you are now seeking reelection and need our votes, out of nowhere you decided to visit that same school that the students needed your help few months and you did as if we didn’t matter. So don’t patronize us. We are not mumus,” an embittered OAU undergraduate posted on social media.

The opposition party shouldn’t attempt to patronize the students either because not every one of them is admired.

Looking at the issues raised by the students of the institution, it dawned on me that what they are complaining about is what Nigerians have become used to and deal with daily – massive deaths on regular basis that doesn’t seem to be ending anytime soon, unabated corruption, and ineptitude on the sides of the so-called leaders among several others. So I began to wonder what is wrong; who is wrong?

Were the students overreacting and intolerant? Maybe we are the ones that need psychological evaluation in order to figure out how badly our intellectual capacity has been eroded so we can figure out how to get our balls back or grow new pair.