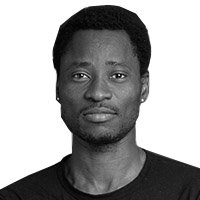 Infection rates among young gay men are on the rise—and veterans of the fight against AIDS are struggling to find a way to get the message out to the next generation.
In a small community hall in London’s Soho, a group of young gay men gather. They are 16 to 25 years old. They come from all walks of life but they have two key things in common: They are vulnerable and they are living with HIV. Some of these young men are sex workers, homeless, and drug users. Many have been victims of sexual harassment. Others have traded sex for basic necessities to survive.

“Being homeless has made me have sex with people that can provide me with a place to sleep and this means I have little choice about the kind of sex I have,” said 16-year-old Russell. He is, in many ways, the new face of the HIV epidemic—not just in Britain, but also across the world.

Globally, young people are now carrying the burden of HIV. According to a 2012 UNAIDS report, youth between the ages of 16 to 25 account for 40 percent of all new adult HIV infections. Each day, more than 2,400 young people become infected with HIV.

It is appropriate, then, that this year’s theme for World AIDS Day is “Focus, Partner, Achieve: An AIDS-free generation.” We need to set the tone for a different approach to youth engagement in HIV treatment and prevention.

In the U.K., an estimated 107,800 people are currently living with HIV, based on the latest report from Public Health England. Within that figure, the report says, the number of infections among men who have sex with men (MSM) between the ages of 15 and 24 has increased in the past decade from 8.7 percent to 16 percent.

The good news is we now live in a world where treatment of the virus has improved dramatically. Medication can now be taken in a single pill rather than a complex cocktail of tablets. Other drugs have been developed that increase protection against infection, adding another weapon in the armory, albeit a costly one, beyond condoms.

So given better public information, better prevention options, and better treatment, why are an increasing number of young gay men, especially in major urban areas around the world, getting infected with HIV?

One possible answer is that my own generation, which has fought so long and hard to raise awareness and improve the rights of HIV-positive people, thinks it can use past approaches to deal with the challenges of the future. But that is misguided. The scare messages of the 1980s are no longer relevant in a world where living with HIV, though still a challenge, is no longer an automatic death sentence.

The demystification of HIV because of the advancements in treatment has changed the narrative of the virus from skulls and graves to healthy and longer lives. However, this has reduced consciousness of risk among young people, making the message of fear meaningless.

The emerging epidemic among young people is not because they really do not get the message about HIV. It is simply that we have failed to understand and examine the factors that are putting young gay men at risk. We need to listen more closely to people like Jason, sitting in that Soho meeting. “I have been through many care homes, many times I was abused by my carers and when I ran away from the care system, I had no option but to do what I have to do to survive,” he said. “I made many mistakes and the result is an HIV infection.”

The latest Metro report showed an increase in the number of young LGBT people sleeping on the streets and running away from home because of homophobia and neglect.

Charities like Stonewall Housing and the Albert Kennedy Trust, which provide housing support, are finding it hard to cope with the increasing number of homeless young LGBT people.

In America, the lingering effects of the 2008 economic crash and consequent repossession of homes, coupled with homophobia, has forced more and more young gay men—black men in particular—to take risks to survive.

Another factor is the reluctance in some states to invest in sex education in schools—a sex education that is all-inclusive and explains the intricacies of sex and how infections are contracted during intercourse.

The pending Sex and Relationships Education (Curriculum) Bill in the U.K. should be given prominent attention, as this will further equip young people to be in control of their health and well-being.

We must realize the need to focus on young people and most importantly young gay men if we are to continue to make progress in the battle against HIV/AIDS. But that focus must not be condescending or judgmental. It has to be empowering and inclusive.

The best way to get young people involved in their own health is to work with them. The top-down approach to HIV prevention won’t work. We should partner with them to get the message across, have them at the table, and listen rather than preach.

An AIDS-free generation is achievable, but only if we allow young people to develop their own prevention messages and lead their own support groups. Our role, as the generation that lived through the worst ravages of HIV/AIDS, should be to offer our experience and knowledge—to guide but not dictate.

Adebisi Alimi is a lecturer in pre- and post-colonial sexual orientation and gender identity in Africa at Berlin’s Freie Universtat and a fellow at the Aspen Institute. With Permission from the writer, article culled from TheDailyBeast

Tope Adesipo: Before Boko Haram Consumes Us All