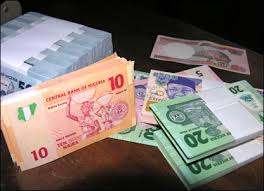 The recent changes on 100 naira note has continue to generate reactions and counter reactions – with the latest coming from the Presidency demanding apologies from muslim rights congress (MURIC). It will be recalled that on 24 of november this month, MURIC released out a very strong statement about how the Hausa- Arabic (Ajami) writing of “Naira Dari” was changed with a jewish symbol on the proposed new centenary 100 denomination to be the first to be printed in Nigeria. MURIC called for rethink on the ill fated changes on the 100 naira denomination as there was no reason for the sudden, un ceremonial removal of the Ajami writing on it.

There is no doubt that the “un ceremonial” removal of the Ajami writing was un called for and will only generate further controversy and mis understanding in a deeply divided nation like Nigeria. MURIC see the removal of Ajami on the new 100 naira note as a deliberate action in aligning Nigerian muslims in their country and perhaps a continuous plan to make them irrelevant in Nigeria. The silent, un ceremonial removal of the of Ajami on the lower denominations of 5, 10, 20 and 50 naira in 2006 yielded no positive result(s), but rather, that shows how un patriotic, intolerance Nigerians are descending especially at a. Very difficult time like this one.

In my piece titled “Another ill fated. Removal of Ajami on 100 naira notes” that appeared on 20 of this month, I also made a similar remark on the need to retain the Ajami writing as it is not a threat to anybody, talk less of assuming it to be a Threat to our dear nation. The Ajami just like the English writing on our currency was meant for reading and writing, not show casing any tribe or section in Nigeria. The Ajami came into Northern Nigeria over 600 years before the coming of English in Southern Nigeria. If one argues that the Ajami writing is Islamic because it came from the Arabs, then English writing is Christianic since it came from Christians. If One think that Ajami is for Hausa people, and that Nigeria is a secular country and does not belongs to Hausa people, then let it be noted the Arabic is an international language, the 2nd largest in the world.

It Is now time that Nigerians should embrace patriotism and shun illogical sentiments and chauvinism. For over 54 years since our independence from Britain, Nigeria is yet to achieve it full potentials, peace, consistent development and security. This is largely due to some ill minded people advocating hatred and un patriotism among Nigerians – especially tribal and religious one.

It is the policy of NewsWireNGR not to endorse or oppose any opinion expressed by a User or Content provided by a User, Contributor, or other independent party.
Opinion pieces and contributions are the opinions of the writers only and do not represent the opinions of

Opinion: Buhari Will Never Be President In 2015, The Reluctant Theory

Opinion: ‘What Do Northerners Want?’