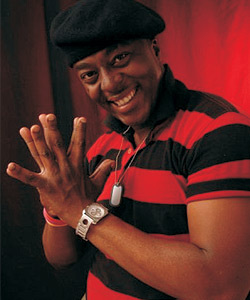 Movie actor, Benson Okonkwo has often been refereed to as gay in the comment sections of various blogs and on many other platforms.

In a recent interview with Punch Newspaper, the actor who has played some very controversial roles in the past stated that the rumors of being gay get to him and it upsets him as he believes his roles in movies are being misunderstood with his real persona. He also revealed that he has a steady girlfriend. Here’s what he said:

‘I get embarrassed when people mistake the part I play in movies for reality and call me a gay.

‘What my critics don’t know is that I have a steady girlfriend. But I won’t talk about her. I don’t like to talk about my private life’.

Related Topics:Benson Okonkwo
Up Next