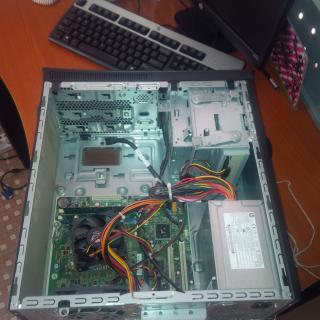 Armed security operatives on Saturday attacked the Lagos, western Nigeria office of the main opposition party in the country, the All Progressives Congress, APC, the party’s National Publicity Secretary, Lai Mohammed, has said.

Mohammed further said the security men destroyed the party’s data base calling it an impunity carried too far and a scandal that can best be compared with the Watergate Scandal of the United States of America that led to the resignation of the country’s president, Richard Nixon in 1974.

A statement from him on Saturday afternoon, said the APC strongly condemns the invasion of its Lagos offices by security agents, adding that it was one of the worst political scandals in Nigeria’s history.

In the statement Mohammed issued in Ijebu-Ode, Ogun State, the APC said: “the invasion could only be likened to the Watergate Scandal that led to the resignation of US President Richard Nixon in 1974, as a result of the June 17, 1972, break-in at the Democratic National Committee (DNC) headquarters at the Watergate office complex in Washington, D.C., and the attempted cover-up of its involvement by the Republican Nixon administration.”

It therefore called for an independent inquiry to fish out those who ordered “the needless and unprovoked attack” on the offices of the APC and ensure that they face very serious consequences, irrespective of their status.

“Saturday’s attack is another one in the string of attacks and illegal actions of the PDP-led administration. The attack was unwarranted and unjustifiable.

“To attack one of the offices of the opposition party, APC, where legitimate operations of the party were being undertaken is an act of fascism and totalitarianism. To the point of brigandage, the invasion of the APC centre is an assault on the APC and its entire membership across the country. It must not go unpunished,” the APC said.

The party said though it had been tipped off about an impending attack on the ‘secret warehouse’ of its leader, Bola Ahmed Tinubu, “we dismissed such plan because there was no ‘secret warehouse’ anywhere and also because we never imagined that the government will attack the offices of an opposition party in a constitutional democracy.

“Obviously we under-estimated the desperation of the Jonathan Administration and its worsening proclivity to impunity.”

Giving details of the invasion, the APC said in the early hours of Saturday morning, a combined team of men of the DSS and OP-MESA stormed the Bola Ajibola Data centre belonging to the APC in the ikeja area of Lagos and arrested 25 APC data agents and three security guards.

“In what was a gestapo-like operation, the APC membership data centre located at Number 10, Bola Ajibola street, off Allen Avenue in Ikeja, came under siege between the hours of 5:30 am and 7:30 am on Saturday.

“An operation of terror and brigandage was unleashed on a legitimate operation of a leading national party. They came without a search warrant for the premises.

“Over 50 security operatives drafted from Abuja operations blocked the two major street entrances to the APC data entry centre, pulled down the gates and spent over 2 hours ransacking and vandalizing the centre.

“More than a dozen computers were destroyed. The server was also vandalized along with other equipments in the building. Just like the Watergate scandal in the USA, the state-sponsored security operatives apparently acting at the behest of the ruling PDP government turned the office upside down, and pulled out and vandalized everything in sight.
“If the PDP-led government and the security agents had done due diligence and acted professionally, they would have known that the APC data centre is a legitimate operation and the staff are Nigerian youths who were left jobless by the Jonathan government.

“Apart from the Lagos centre, the operation is decentralized and similar centres are functional in about six different locations around the country.

“They chose to believe the lie that it was a warehouse belonging to one of the national leaders of the party where dangerous weapons were being kept, when in fact it is a centre for entering the data provided by the millions of Nigerians who registered as members of the party during its membership registration exercise,” the party said.
It described the invasion as another act of impunity, now a trademark of the Jonathan-led presidency which is being edged on by the hawks in the PDP.

APC called the invasion of its offices an attempt to suppress the opposition, get details of its membership with the intention of using it to rig the 2015 elections and also to destroy the spirit of democracy.

“When in 6 October, 2013 we issued a statement alerting Nigerians that the Jonathan administration was using Rivers State as a testing ground for creeping fascism ahead of the 2015 elections, some said we were raising a false alarm.
“Well, here we are. In the past five months, the PDP-led government has stepped up its acts of impunity and terror against the leaders of the APC and all non-PDP actors.

“Elected officers, who are not PDP members, have had their rights repeatedly violated by the police and other security operatives. Never before has an elected government been so scared of the opposition to the point of shutting it down.
“Now that they have overreached themselves by attacking the offices of the main opposition party and destroying part of its membership database, can the PDP-led government still claim to be operating under the rule of law?
“Can the government sincerely tell the world it is now ready for free and fair elections in 2015? This is one impunity too many, and we will not allow it to be swept under the carpet,” the party vowed