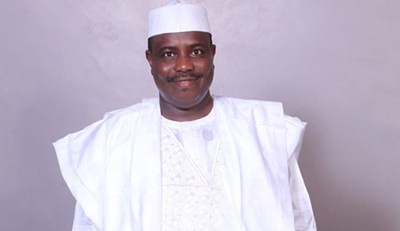 The Speaker of the House of Representatives, Hon. Aminu Tambuwal, confirmed yesterday that he had picked up his presidential nomination and expression of interest forms to vie for the presidency on the platform of the All Progressives Congress (APC).

A group of lawmakers from the opposition party, led by the Chairman of the House Committee on Media and Publicity, Zakari Mohammed, stormed the national secretariat of the APC yesterday evening in solidarity with Tambuwal’s ambition.

According to Thisday, the team comprising 10 lawmakers, who were said to be representing their colleagues in the House, went straight to meet with the party’s National Organising Secretary, Senator Osita Izunaso, at the secretariat.

Sources say the APC House members had jointly purchased the presidential nomination form for Tambuwal and had asked the party not to make the matter public, as they were yet to formally present the form to the Speaker.