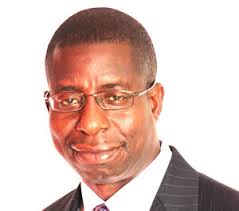 I exaggerate, of course. All the languages of the world will have died before English dies in Nigeria. And of all the languages threatened by extinction, English is hardly one, many thanks to the extraordinary success of England in colonising nearly two-thirds of the world before the sun did finally set on the great British Empire on which the sun was never to set. Still, the sun of its language, enriched and revitalised by the diverse cultures of the world it dominated had burned its alphabet and grammar on the tongue of the world. The rest was left to the hegemonic power of cultural imperialism, as chiefly propagated by the United States of America, heir to Great Britain. In short, English is here to stay in Nigeria, for good or for ill — mostly for good, if you ask me. The place of the languages of imperialist conquest in “independent” former colonies has been debated to death. From Obi Wali’s 1963 essay “The dead-end of African literature” to Ngugi wa Thiong’o’s Decolonising the Mind: The Politics of Language in African Literature, there is hardly any issue worth litigating anew on the subject. The rude fact of history which, “despite its wrenching pain,” as Maya Angelou aptly pointed out, “cannot be unlived but if faced with courage need not be lived again,” makes it clear that Nigeria will remain in essence a linguistically-imagined country, bound to the linguistic medium of Lord Lugard’s imperialist contraption: English.

I had not intended the deplorable state of English in Nigeria as my topic. The charade of local government elections across states and parties in our “dividends of democracy” country had initially led me to one conclusion: that state electoral commissions, which are the principal tools for wrecking democracy at the proverbial “grassroots,” must be scrapped. Precisely what the just-concluded national conference has recommended. Yet, in the course of further reflections on the just concluded LGA elections in Delta State, I found myself recoiling from that proposition in favour of their actual independence — subject of a future column. My new position required that I review all the circumstances surrounding the Delta elections, but one funny but sad moment kept derailing my thoughts. When I learnt of the recent National Education Summit in Abuja, that funny-but-sad event displaced all other thoughts. I knew, then, that in tribute to the never tiring efforts of my older compatriots, Professors Dipo Fashina (convener) and Biodun Jeyifo (chairman) — former presidents of the Academic Staff Union of Universities — towards the rehabilitation of our ruined educational system, I would relate this event, ironically connected to Nigeria’s electoral tragi-comedy (yes, there is some illicit mirth in the political tragedy!), seeing how accurately it points to the enormity of the problem we commonly call “the fallen standard of education.”

They had gathered for a pre-election training seminar for presiding officers, a friend who is a senior civil servant, told me. And they were registering their names on a sheet of paper before the business of learning how to be diligent invigilators of democracy would begin. One of them was graciously passing the loose-sheet register round. “Have you write your name?” he inquired of a co-presiding officer designate, who nodded to say yes. So he moved on to his neighbour. “Have you write your name?” he again inquired, as boisterous as ever. He had asked this question of three or more co-trainees, my friend told me, before he came to her. “Have you write . . .”

My friend, who had laughed at first, thinking it an honest slip of tongue — after all, English no be our Papa language — but who had frowned at the first blissful repetition, was now unable to abide the fellow. “Are you aware that what you are saying is (grammatically) wrong?” she asked him? “Do you mean to say that you don’t know the past tense of words?” Days after the incident, my friend was still laughing and frowning in turns as she recalled the moment. Not a language prude by any means, her surprise at such an astonishing ignorance of the simplest rules of grammar remained palpable. Even sadder, I think, is that the fellow did not, in fact, know his error. He did not at that moment catch himself and, laughing away his embarrassment, say “I beg your pardon — wonder what the matter is with me this morning! I meant to say, ‘Have you WRITTEN your name?!” I could cite any number of grammatical howlers, even those taken straight out of the editorial comments of our newspapers, erstwhile paragons of good diction and style, but so could you. Take for instance that ugly coinage “severally,” now routinely but wrongly substituted for the phrase “several/many times.”

As much as the criminal underfunding of education and the poor training of teachers from the primary to the tertiary levels necessarily take most of the blame, we must also begin to point to an alarming decline in the inability to speak our various mother-tongues with passable competence. I’m no expert in linguistics but I could speculate intelligibly on the link between the rapid decline of English — Nigeria’s only language of unity and national identity, of instruction in the schools — and the dismal state of our indigenous languages as mediums of social interaction. But that, too, is a subject for another column.

Oby Ezekwesili: The Truth, Nothing But The Truth