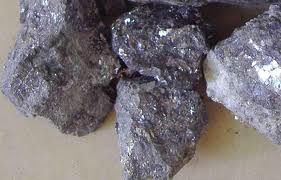 A sharing formula that will enable some of the solid minerals-producing states in the country to benefit from 13 per cent derivation funds is being worked out, reports Nigeria’s Guardian Newspaper.

The Chairman of the Revenue Mobilisation Allocation and Fiscal Commission (RMAFC), Elias Mbam, disclosed this yesterday in Abuja when he played host to the Abdulmumini Jibrin-led members of the House of Representatives Committee on Finance during an oversight of the agency.

Abam informed the House panel that RMAFC under his leadership collaborated with the Federal Ministry of Mines and Steel to work out modalities that would get the solid minerals’ sector to start contributing to the Federation Account for the first time.

“The result of the collaboration is that the solid minerals sector is now contributing to the Federation Account for the first time,” he said.

According to him, “The contributing states will henceforth enjoy the 13 per cent derivation on the amount of revenue accruing from their states.”

“It was learnt that there exists an estimated reserve of over 100 million tons of talc in Niger, Osun, Kogi, Kwara, Taraba and Kaduna while over three billion tons of iron ore are found in Kogi, Enugu, Niger, Zamfara and Kaduna states respectively.”

Benue is said to have a total reserve of 1.5 billion tons of rock salt and large quantity of limestone, as Plateau, Kaduna and Bauchi are said to have a large concentration of gemstones while tantalite is found in Nasarawa, Gombe, Kogi and the FCT. Enugu controls a large concentration of coal while Taraba and Bauchi also have bentonite and barite.

Other solid minerals, including lead zinc, gold, bitumen gypsum and kaolin, it was learnt, are scattered across the country.