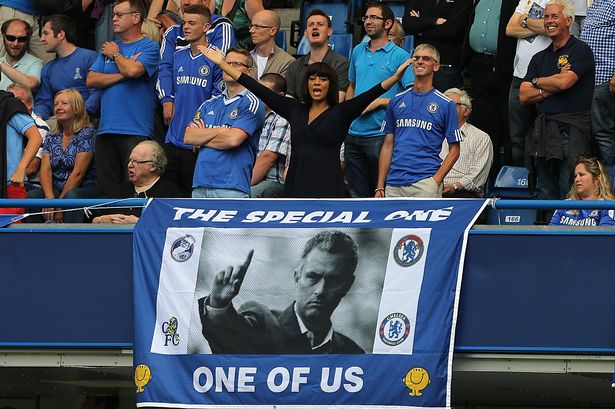 Ahead of Chelsea’s Wednesday Champions League match against Maribor, the Blues manager Jose Mourinho has criticized the Blues supporters for not doing enough to cheer their team properly. Chelsea beat city rivals, Queens Park Rangers on Saturday in the premier League and Mourinho says it was like playing in an empty stadium.

“We are the team to get less support in home matches. When compared to my previous time I think it’s getting worse”

“I don’t question the passion and the love – I’m nobody to question that and I know clearly that is not true.

“I will always love them and respect them, but I don’t know (why there is a lack of atmosphere).”

Chelsea remain top of the English Premier League table and remain unbeaten in all competitions this season.

Related Topics:Jose Mourinho
Up Next