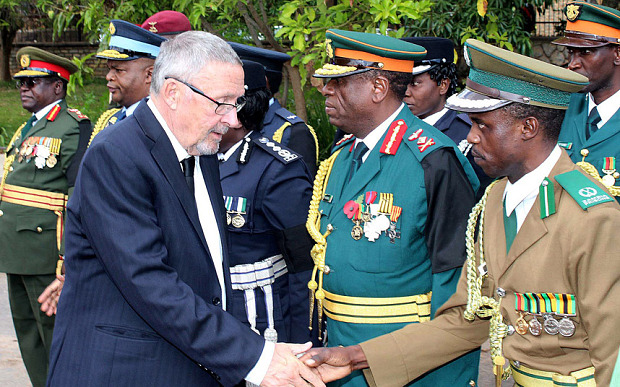 Following the death of Zambian President Michael Sata in UK on Tuesday night, his vice-president Guy Scott was yesterday (Wednesday) named as the country’s interim president. This makes Guy Scott the only white President in the African continent and it will remain that way for three months before an election takes place to determine the next president of Zambia.

Guy Scott won’t be eligible to run for office in three months as the constitution does not allow him because his parents who are English and Scottish immigrants were not born in Zambia. The 70-year-old is shocked that he has become President:

“Everyone is getting used to calling me ‘Your Excellency’, and I’m getting used to it. There are truckloads of guys, police following me on motorbikes. It’s very strange but I’m very proud to be entrusted with it,” Scott said.