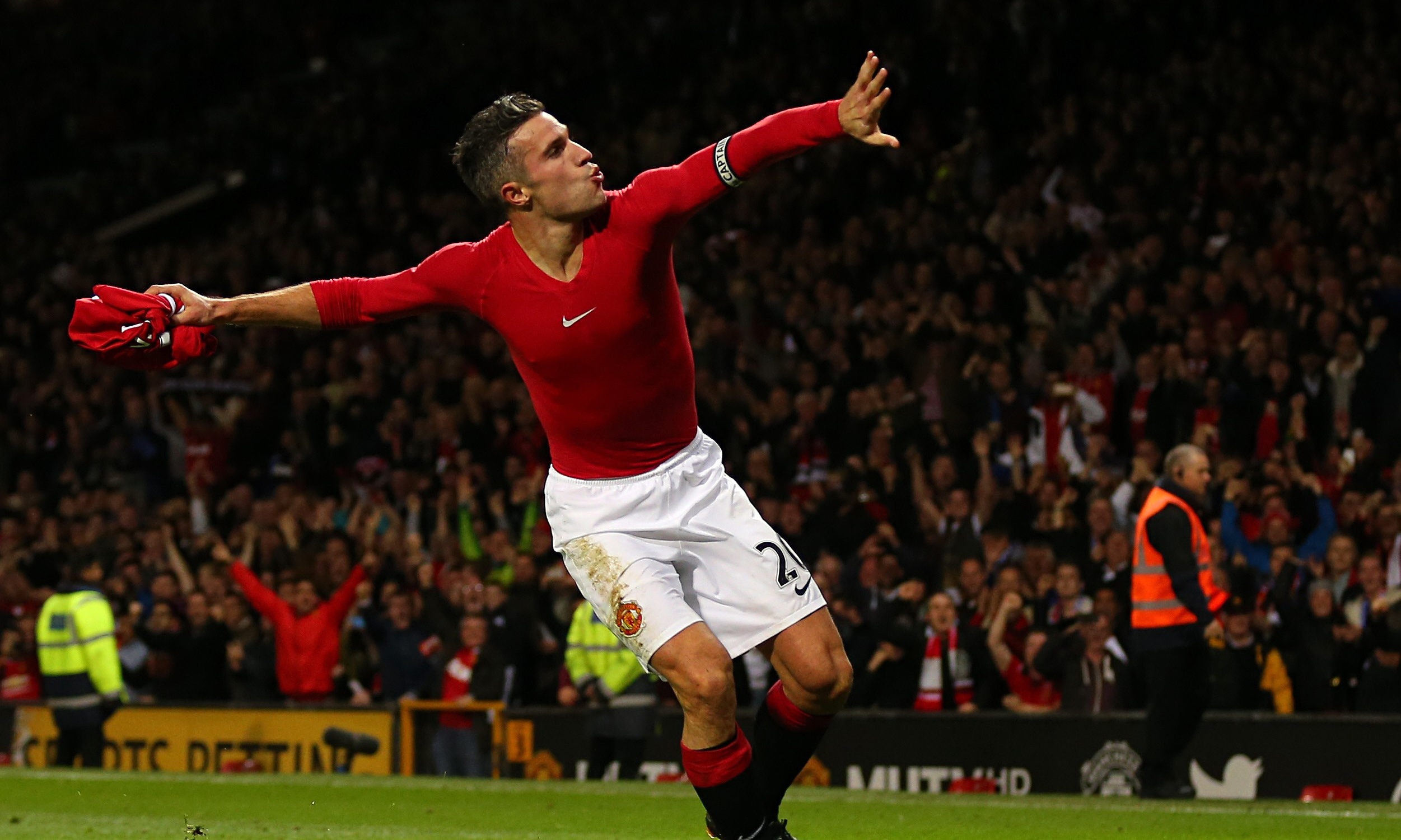 Manchester United striker, Robin Van Persie secured a very important point for his club-side when he scored a late equalizer against Chelsea at Old Trafford on Sunday. It was the last minute of injury time when RVP scored a left footer from a freekick after Branislav Ivanovic was sent off for a second bookable offence. The Dutch striker celebrated his late goal by pulling off his shirt and throwing it in the air and that led to him being shown a yellow card by referee, Phil Dowd.

His manager, Louis Van Gaal spoke about the celebration of Van Persie who was captain on the day and didn’t appear pleased as he labelled it a stupid action:

“He did a stupid reaction after the goal. You can be excited but you don’t have to pull your shirt off because then you have a yellow card. It is not so smart”, the manager said.

The striker admits he let his emotions get the better part of him but was pleased they got the goal. Speaking to Manchester United TV, here’s what he said:

“I know it’s one of the rules that you have to keep your shirt on but sometimes you forget and everything comes together and the whole place explodes.”

“It was one of those fantastic moments and the main thing today is that we got something out of this game because we deserved it.”

“It was a big relief for the fans, for the players and for everyone at Manchester United that we got the goal in the end. The whole stadium exploded and it gave us a big boost”, he stated

D’banj Reveals He Worked With Don Jazzy On New Album