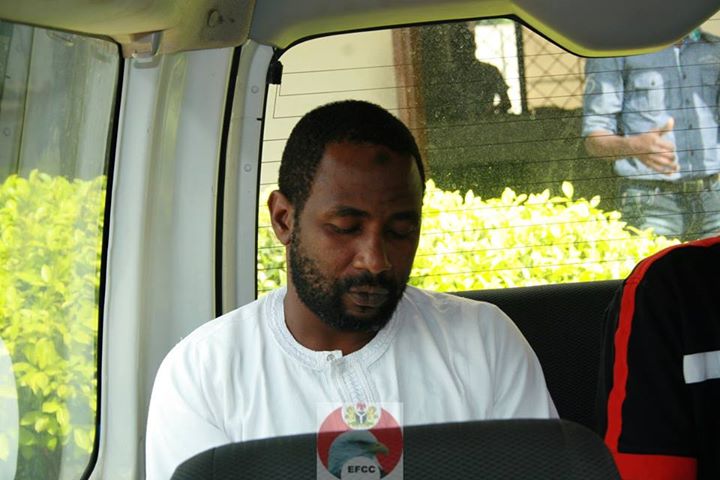 Justice Fatu Riman of the Federal High Court Kano today October 28, 2014 convicted and sentenced the duo of Mohammed Adam Mansur and Mohammed Auwal to twenty one years imprisonment after they pleaded guilty to the 3-count charge of conspiracy and obtaining money by false pretence preferred against them by the Economic and Financial Crimes Commission, EFCC.

The convicts were arraigned by the Commission on July 9, 2013 for conspiracy and attempt to defraud one Alhaji Auwal Ayagi under the pretext that they were agents to Visafone Communications Limited, (Zoo Road, Kano outlet) and that their company wanted to purchase land from the complainant at the cost of N30, 000,000. They demanded 10 percent commission which they asked the complainant to pay into their bank account.

Upon arraignment they pleaded not guilty but, in the cause of trial, after the prosecution had called one witness, the duo dramatically changed plea and owned up to their crime.

Consequently, the prosecuting counsel, Idris Haruna urged the court to convict them accordingly.

Justice Riman consequently convicted the accused persons and sentenced them to twenty one years imprisonment each without option of fine. The sentence of the first convict who has been in prison custody since arraignment for failure to meet his bail terms is to start from the date of arraignment.