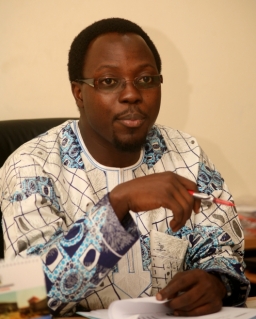 Today, as we take our final bow and depart from the Government House, Ado-Ekiti, I recall that date four years ago when the Court of Appeal, holden in Ilorin, gave a resounding ruling declaring Kayode Fayemi as the duly elected Governor of Ekiti State, after a grueling three and half years of legal scrimmage.

Developments, days, weeks and months before this ruling, had elicited a lot of despair among the population. Obviously, this necessitated the acclaim that greeted the announcement of Fayemi as the Governor of Ekiti State, and understandably, the expectations – possible and plausible – that the new government will in no time resolve or bring to an end ‘ALL’ the sufferings of the people and take Ekitis to their long longed Eldorado.

Definitely, that Eldorado was not to be, but there is consistent concurrence from every quarter that Fayemi has not only discharged himself creditably well, but also advanced the cause and course of Ekiti significantly positively. Now, those who expected that the Ekiti man or woman should have expressed gratitude only through immediate electoral votes might have missed the point but that is a topic for another day. What is evident is that the last four years in Ekiti has witnessed a nonpareil development driven governance that has impacted on all layers of the society and in all nooks and crannies of the state or even beyond. Yours sincerely has been a proud member of that winning team!

From my initial appointment as the Personal Assistant to the Governor to my latter day redeployment as the Deputy Chief of Staff, I occupied an integral but strategic position within the outgoing administration. Sincerely, I have been more than privileged to serve under a Kayode Fayemi administration. And even a greater privilege to have worked with or meet all the wonderful folks that have ensured that my tour of duty was worth the while. These are by no means limited to those physically present in Ekiti alone. To mention names here would be to enact an epistle of inordinate length. I know I have gleaned or gained different things from different people, each to varying degrees, but no matter how smidgen, I cherish and appreciate every token of support that I have received, either within propinquity or from far flung places.

In equal measure, I must pay especial tribute to all our traducers, those who even in dying will never see any good citation to applaud. Ironically, they make us tick. Unbeknown to them, those unwavering admonitions and criticisms became the fillip with which I continually gauge, amend and improve on my person and on the inputs I made at every opportunity during my tour of duty. Perhaps, one would have been carried away in self-affectations of goodwill, but you constantly kept the lid on our conducts, policies and programmes. More than anyone would think, I believe you deserve my utmost recognition for willingly maintaining the socio-political equilibrium within which you are definitely indispensable.

At this point, I must thank all those that have helped me one way or the other to wade through these past years, while I also like to apologize to those who I might have offended – usually inadvertently – during the discharge of my duties. For those in the latter category, I am sure you will understand with me that those offending moments were never deliberate but also that sometimes, difficult or unpalatable decisions/utterances must be made to achieve needful progress. Again, I unreservedly apologize.

I am not unmindful that the next couple of days and weeks will open the vistas for ceaseless assessment of our conducts in office in the past four years, I wish to assure everyone that I shall continue to present myself to such ongoing public scrutiny as is expected of my person.

I thank you all as I must now journey into another productive future of unending opportunities.