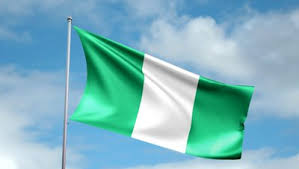 Amidst constant fear for one’s life, liberty is known to be deprived and happiness to have been eroded away. To be happy, one have to be free, and to be free, one must not be limited with the fear of being endangered. The essence of humanity is best realized when all men are secured, and the beauty of civilisation is ensuring this security, for without it, we tend to return to the state of nature; where living is harsh, life is short, and nothing but a tragedy. It is without doubt that the legitimacy of a state hinges on how secured its people are, and this kind of security is not the one limited to protection of life and property but that which also assure the well-being of individuals and creates an atmosphere of equal opportunities for all.

The world today, despite the fact that it still suffers from the woes of yesterday which blade of infliction still rages on till today, we now see a more terrible occurrence fuelled by the very clash of interest between states on one hand and political stakeholders on the other, which has further devastated the world and have bring the humanity of man into question. How else would we explain the developments in Syria, Afghanistan, Nigeria, Iraq, Ukraine and Palestine. How do we estimate the cost by which creating spheres of interest has forced us to pay? I tell you, my people, we paid the cost of creating spheres of influence with our humanity, and we do so by humiliating liberty and by mutilation of the people’s happiness.

To think that a shiite muslim is different from his sunni brother because of the simple disparity in their belief of the same muslim faith is worth killing one another, to think that deposing a leader or hanging on to power is worth creating a humanitarian crisis, to think that extending one’s sphere of influence is worthy of committing genocide, to think that coercing and oppressing one’s neighbour just because you have more military might is worth murdering over a percentage of a particular population while rendering over ten percent of the same population homeless, to think that one’s hatred towards others is worth going on a killing spree; surely evades my comprehension, it is nothing but a tragedy of humanity and expressions of man’s inhumanity to man.

There is nothing that should traumatise a state like Nigeria more, than the news of another Boko Haram attack but no, we are used to it as we are used to two hours power supply per day. There is nothing that should make us feel uneasy the most other than the unknown story of our Chibok girls in captivity behind enemy lines, yet business continue as usual. We have failed to sympathize with our fallen and imprisoned compatriots, we have absconded our responsibility and duty as Nigerians. Some might argued that we can not save them when we have our public life plagued with all sorts of sufferings and mishaps as our leaders and security personnels have turned political power and institutional authority into a terrorizing tool respectively.

The truth is that, we watch gracefully or join others in a witting or unwitting exodus from the realm of right to wrong, which have continuously undermine our sense of justice, suffer our morality and strip off our virtue and good character. As we do nothing and observe gracefully, the blown-away pieces of compatriots littered our street, their cries won’t let us sleep at night, potential bomb blast won’t avail us our right of freedom of movement to conduct business as usual, and at the hearing of an unusual sound, we all run for safety. We are afraid to live, for our liberty has been humiliated and our happiness mutilated by the continuous pose of constant fear in our everyday life. It does not matter if it is terrorist organisation or sovereign state or one’s government or other individuals that creates the constant fear in our life, what matters is that, the consequence will defeat the purpose of liberty and happiness by humiliating liberty and mutilating happiness.

The writer lives and work in Ibadan and can be reached via paulakintunde@gmail.com and he is @AAbiolat on Twitter