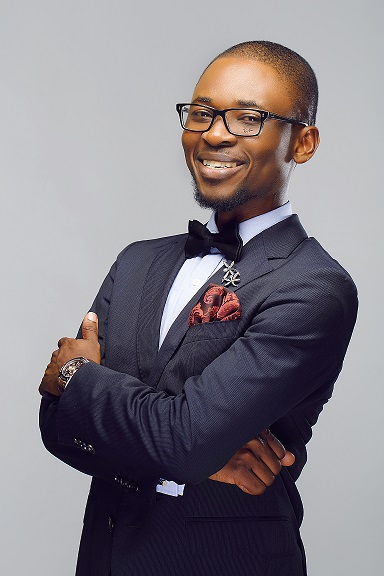 My first reaction was anger. Why should government charge prospective corps members for deciding to serve their country? It looked all shades of wrong. I sent a tweet out about how charging every corps member N4000 would help the National Youth Service Corps (NYSC) make a kill. At this point, the impression was that the said N4000 was a charge, a fee every corps member had to pay to serve.??A friend of mine, an international student, was the first to break the news to me. I immediately told her that was probably exclusive to international students, may be, according to my expectations; the NYSC had finally created an avenue for the international students to sort their verification process online. Then the tweets came, it was not just international students; it was everyone.??Every corps member would be charged N4,000 to access their call up letters. I was open to another NIS-esque protest. The Nigerian Immigration Service (NIS) had charged job seekers N1000/head without offering them any value in return.  As it turned out, we were misinformed.

At an interview with the NYSC Director General, I learned that the status quo remains: prospective corps members are still at liberty to collect their call-up letters from their various schools, and international students, from the NYSC Headquarters. The NYSC’s role here has always been to make the call-up letters available to the schools; prospective corps members go to their schools to collect same. This option remains available even as we speak. Case settled on that front as it meant that one could still serve today without paying the N4,000.

The controversial issue in question is the alternative offered by the NYSC. Instead of traveling to your school, with the cost of travel and the attendant risks in most cases, you could have the call-up letter printed online and have your data accessed via the NYSC digital platform. It costs all of N4,000. It obviously comes with advantages. For example, you save travel time and if like most people you are resident much farther from your school, you save money. On arrival at camp, your registration process is online. And were you to miss your call-up letter while traveling to camp, all that’d be necessary to get another would be to access your data online.

Like I put it to the DG, the natural question would be that, why can’t the NYSC provide the service for everyone free of charge? The age-long question of limited resources resurfaces. The government didn’t budget for the online platform. The NYSC already takes a lump sum from the total youth budget and were you to ask an average corps member ‘if the government increased the NYSC budget, would you rather your allawi gets increased or would you rather the money gets invested to build a platform to have prospective and current corps members register online?’ most would naturally prefer more allawis.??It always cost everyone something to get the call-up letters from the various schools anyway, and in some tragic cases, it cost some their lives. The ideal thing would be to have the government provide the resources for the online platform.

The ideal is often hardly the case. Should the NYSC discard the alternative altogether or would it be better to make an option available to those who would take it? The answer is obvious, the more our choices, the better the expression of our liberty.??If the NYSC waits for the government to fund this and hence cancels it for now, a Lagos resident schooling in Adamawa would have been cheated because it certainly costs more to travel to and from Adamawa, and that is before taking the travel time and risk of travel into consideration. For the same of people like this, let this alternative remain, especially as it doesn’t unsettle the former order of physical collection at the various universities.

If the government didn’t cater for the cost of building and managing the platform, it certainly means a private firm did. Charity organisations are not involved in projects like this. The software, hardware and personnel required to manage same expect to be paid and will be paid for their service. The DG clearly stated that the coming years would see the NYSC equipped with the human resources to be able to own and manage the platform itself. Today, that is not yet the case.??Reports suggest the House of Representatives in its usual knee-jerk ‘make-them-see-say-we-dey-work’ reaction to things has asked for the initiative to be halted. All it would have taken for them to know that theirs is such a poor decision would have been to ask, does this serve prospective corps members better? Does the NYSC provide an alternative to those who would rather continue with the old order? Does this idea make things better or worse?

Governance is not a popularity contest. It is a contest between doing what is right and what is not right. It is a contest between providing alternatives or providing none. And it is a contest between costs and benefits. If the benefits outweigh the cost, emotions weigh lesser than rational realities. The National Assembly should be looking at ways to see avenues where the providers of the platforms could be offered other incentives that’d help reduce the cost to corps members using the platform or better make available resources for it to be provided free to everyone. Doing away with the idea altogether? That certainly is not what anyone who understands the essence of alternatives does.

Article written by Japheth Omojuwa    ~ This is @Omojuwa

Ese Emerhi: What Becomes Of Nigeria’s 2015 Presidential Election Or An Empty Exercise Of Democracy

Toks Ero: Are We On The Path To Free And Fair Elections?