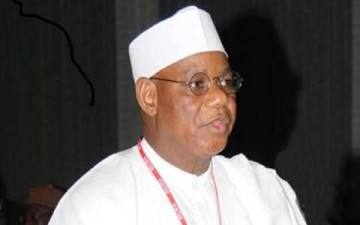 Alkali decried the criticisms that trailed the endorsement of Jonathan as the PDP’ sole presidential candidate, insisting that what the Party has done to show others political maturity.

“looking critically at the turn of events in PDP, it is trite to conjecture that the Party, considering all critical elements, has succeeded in demonstrating strength, unity and determination to make the difference this time around while staving off untoward possibilities.

“We should not forget that PDP having been in power since 1999 remains the most experienced, dependable, consistent and strongest with spread in all nooks and crannies of the country.

“If it deploys such experience in putting its house in order so as to excel in the coming general election, the rest of Nigeria should rather applaud its approach and tactics in politics. Moreover, there has not been any complaint in any quarter from within on the good option the PDP had taken.

According to him, the PDP resolved to encourage President Jonathan to contest the 2015 presidential election against the backdrop that as a good product with sterling performances to attest for his leadership in the past three and half years he has been in the saddle, the party cannot do away with a winning president.

“if efforts by PDP to represent Jonathan for the 2015 poll should be applauded, the need to show-case him as a performing leader and the need to entrench continuity in the polity as done in other climes should come into reckoning.