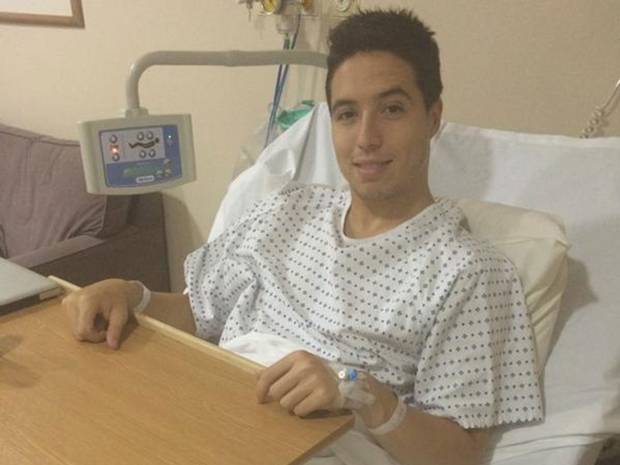 Manchester United midfielder, Samir Nasri has undergone an operation as a result of his groin injury. The French man is expected to be out for about a month.

He shared a photo of him in bed after the operation with the caption:

“Thanks for the support! Surgery went well! Now time for the recovery!”

Manchester City manager, Manuel Pellegrini also confirmed his star midfielder will be out for about a month:

“I’m not a doctor but he will be out for around one month,” Pellegrini said before Nasri underwent the operation.

“He was training but he wasn’t 100 per cent and he wasn’t comfortable with what he was doing so the doctor decided it was the best option.”