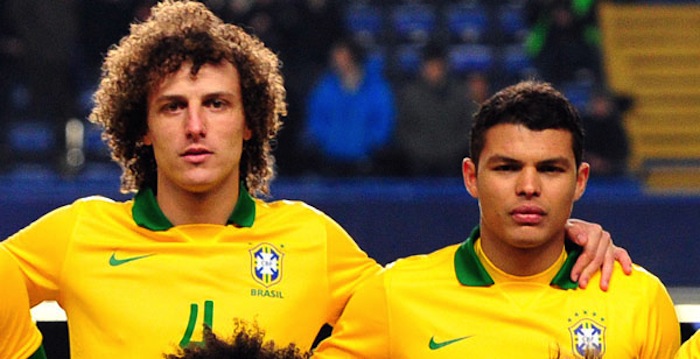 Ahead of their Champions league match against Barcelona on Tuesday, Paris Saint Germain coaach, Laurent Blanc has called for patience towards his £50million signing, David Luiz.

Blanc believes Luiz will become an integral part of the French side’s setup soon but is of the opinion that the Brazilian who is still settling in needs the patience of fans so as to thrive. PSG has not been in the best of forms so far this season as they have drawn five of their opening eight fixtures.

“Like some other players, he arrived after a big disappointment in the World Cup.

“He had almost no pre-season preparation when he came here. He plays games with no preparation through friendy games. He came and played directly.

“Maybe it was better to wait before including him in the line-up. But with Thiago Silva’s injury, we couldn’t.

“But I think he is doing very well, because he brings his impact.

“I think he’s a great defender, and he is becoming more and more important to this team,” the former France coach said.