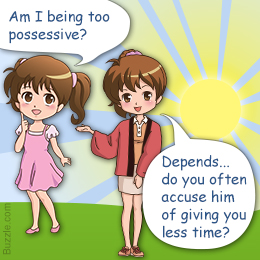 That excitement you feel when you first hear the admission list is out – silently wishing your prayers were answered or efforts put in place to secure the admission had worked as planned as you progress to the school for verification. That tension and suspense you feel when walking up to the notice board to see what lies ahead of you and for you. For some, that day ends up marking the last of their attempts to acquire a university degree. To others, it is just one of the failed attempts and they believe that there is no harm in trying again. But to you, that was a joyous and victorious day because you were either extremely lucky to have gotten in with just a try or after some few/several years of trial and error you finally had destiny, nature, the force of the universe, the divine intervention of God, whatever you believed was at work – smiling down upon you.

Now you are in. You join in the usual routine your predecessors went through – the same old systems of operation. But there is a vital issue about being in the university that cannot be over emphasized. Many authors have written about it; countless clerics, mentors, parents, guardians, the elderly have all in one way or the other spoken about it. Today, this is what I want to talk about because up till this very moment, numerous students – especially the naive ones who get admitted at young ages, or got admitted immediately after secondary education – still fall prey and end up being bitter victims to this widely talked about issue: “FRIENDS”

I got admission into the university the same year that I graduated from secondary school. I got the same old lessons from parents, well wishers, siblings and teachers in church about friends. I thought such advice was irrelevant because I seldom associated much, and I thought that if I have not been this way for years, I did not see why I should have started changing then. Besides, I thought that I was old enough to make out “bad friends” when I see them.

However, the mistake I made, and the mistake that most of you have, or might, also make is this: the devil does not always appear with an ugly face, horns or a pitchfork. Likewise, bad friends do not appear, or are not always the ones that introduce you to drugs, alcohol, parties, late nights, girls for the guys, and guys for the girls. NO! When you have morals; when you have been properly home trained; when you have some values that have been planted in you from home, you will have moderation in whatever you do – even if you happen to be carried away or go astray at one point or the other by the above mentioned. Even the Bible in Prov. 22:6 says: “Train up a child in the way he should go, and when he is old he will not depart from it.”

I usually say that if a child is properly trained, he/she does not need to get old to practice the lessons learned from home. When such a child faces –and eventually scales through –difficulties or situations when mummy and daddy are not there, you will know that parental teachings were registered after all.

I was first going to school from home at first when I started University. Then, I moved into the hostel with an old class mate of mine from secondary school. I stayed at her place during the week, then went back home on weekends because at that time, I was looking for an off-campus residence. I had no friends as usual, so I was always alone. But one day, I was just sitting in front of my department when some of my course mates were arguing about football and my club was mentioned in the course of the discussion. In order for me to start associating, I decided to join in the discussion and it turned out to be fun. Through that means I got to meet them and introductions started. Out of the people I got to know on that day, I met someone – a course mate who turned out to be my friend at the end of the day because we realized we were from same state and same LGA. She was so nice and accommodating, and eventually, we were almost inseparable. This girl introduced me to other course mates, and even the class representatives – in my view at the time, things were beginning to get better. To crown it all up, she was also looking for an off campus accommodation at that time. I thought to myself: God was working wonders…

Things went on smoothly at first or so I thought. I was gradually disconnecting from my main purpose of getting into school without even knowing it. It is one thing to have a problem, it is another thing to know that what you have is a problem. It is yet another thing to accept that: “Yes, you have a problem,” and finally a bigger thing to want to enact a change and look for a solution or a way out of the problem.

I and this newfound friend became so attached, we were so close, told each other everything, went everywhere together, people knew us as a pair, one without the other wasn’t complete – we did almost everything together except, reading, going for tutorials, going for lectures early, doing assignments, copying lesson notes etc. Most of the things I just mentioned we never did together, I had to do them alone because my “other half” “loved” me so much that I just had to be where ever she was, do whatever she was doing and go places she went but things she did never had anything to do with the above mentioned. Things never remained the same for me, my academics, my CGPA, my seriousness, my commitment to work, studies, and to God, if they would call names of people who were righteous, spotless, holy, I might not have made the list, but if not for anything, I was very active in activities, one thing I have always dedicated to God was my time, in the things I knew how to do best but all that went into lock and key till like a year to my graduation.

Because of my rebellion to get some me time and some study time I gained 2 wonderful things, and lost a lot of other things. I gained a certificate even though it isn’t what I ever dreamed of having, and I graduated with my mates even though it seemed impossible and very difficult because of last minute realization of mistakes. In return, I lost my happiness, my peace of mind, my self-esteem, my friendship with others, even my house I paid rent for, and many others I cannot mention.

Remember drugs, alcohol, parties, and whatever other usual thing you can mention had no hand in this, but a possessive and manipulative friend did! I know questions will be running through your minds now, but there are certain things that subjected me to such and made me vulnerable that I cannot mention now – probably in subsequent editions.

Space will not permit me to go further, but I will leave you with this:

“Always look within yourself in a situation of distress. Distress might be peer pressure, financial lack, the stress of schoolwork – you name it. You have an inner strength that is waiting to be activated by you. Reach out to it! Stay away from people with negative energy and you will live long. If nobody encourages you, encourage yourself. Don’t forget that nobody in this world is better than you – we are all unique in our own individual way, that’s what makes the world perfect. And most important of all: stay away from possessive friends. Possession leads to manipulation, and possession is most times disguised as love and care till you end up trapped deeper than you can imagine!

Ndiameeh Babangida: Why The 2015 Election Should Be Cancelled In Borno, Yobe And Adamawa States