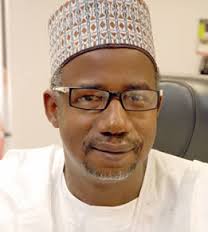 The Minister of the Federal Capital Territory Administration, FCTA, Senator Bala Mohammed, yesterday, threatened that his administration was prepared to step on toes in restoring the distorted master plan to its original plan as conceived by the founding fathers.

Mohammed said his administration will not allow Abuja to toe the paths of older Nigerian cities which failed to follow the structured master plan. he noted that actions will be taken against all ‘unwanranted violation’ of the Abuja Master Plan.

According to him, the committee’s job would be a key to restoring the Abuja Master Plan, even as he urged members of the committee to take the job very seriously by giving it the attention it deserves.

The Committee which has the executive secretary of the Federal Capital Development Authority, FCDA, Engr. Adamu Ismaila as the Chairman, has the  FCT Directors of Land Administration, Development Control, Abuja Geographic Information System, Urban and Regional Planning, Mapping and Survey, Parks and Recreation as well as representatives of the FCT Transportation Secretariat and Social Development Secretariat as members.

He remarked that all encroached plots when identified and recovered be deed and titled in the names of respective Secretariats, Departments and Agencies (SDAs) to avoid future bastardization