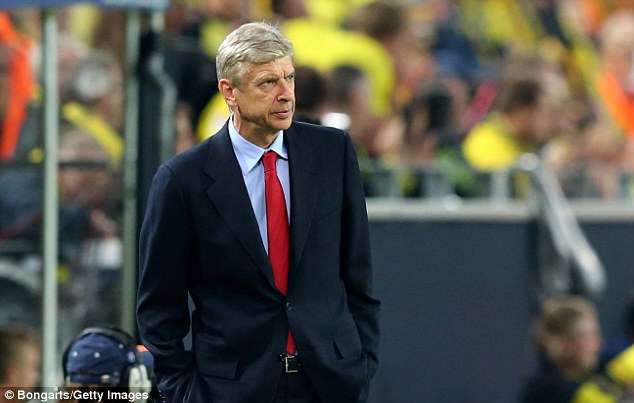 After losing 0-2 to Borussia Dortmund away on Tuesday in a match which could have been worse for the Gunners, Arsene Wenger has labelled the performance of his boys as ‘disappointing’ but admitted Dortmund was the better team on the night. The Frenchman can not understand how his boys let Ciro Immobile score the first goal towards the end of the first half.

‘It was a difficult night, Dortmund were the better team. We had a disappointing performance. It is difficult to go into individual assessment of any player because as a team were not at the required level.
‘Still the paradox of the night is that we had very good chances to score first. We were caught on two counter-attacks. For the first, we lost the ball 80 metres from our goal. There were enough people to stop the goal. We were still three-against-one at the back. It’s difficult to understand how we conceded the goal.’

At the beginning of the second half,  Pierre-Emerick Aubameyang scored the second goal for the home team and played a ball which hit the ball later on in the game. Wenger agreed that Dortmund was better than his team in the middle of the park but was quick to defend his new striker, Danny Welbeck who missed a couple of chances. Wenger believes the English forward needs more time to adapt.

‘I don’t think we have to make a problem of that. He had a lively first half, two or three good chances; one obvious one. We have to be a bit patient maybe.’

There was a major injury scare for the Gunners towards the end of the game when Jack Wilshere twisted his problematic right ankle which had kept him out of football action for  17 months and the Arsenal boss spoke about the situation with Wilshere.

‘It’s difficult to say how bad it is’.

‘Normally it would not be too bad but I am a bit cautious because of his history.’

Arsenal’s next Champions league game comes up in a fortnight when they host Galatasaray.