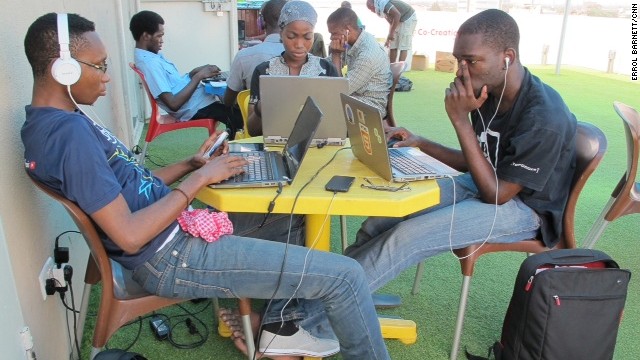 “A small group of thoughtful people could change the world, Indeed, it’s the only thing that ever has”- Margaret Mead

Mr. Coker, an old and highly respected Sunday school teacher who lived several decades ago in Sub-Sahara Africa, told the kids one faithful Sunday morning to show an illustration of a country without a future, the students responded positively but a boy distinguished his illustration by presenting a gathering of people all with grey hair. The illustration is a perfect representation of the giant of Africa, a decade and half after the commencement of full democracy she still commits her governance wholly to the hands of the very old generation.

Nigeria, a country that has a population of over One hundred and seventy billion people (estimated) with youths claiming over 70%, struggles passionately to trust youths with power, something she has done in the past. Between the late 60s and now the nation has experienced several rainfall, all which were welcomed by the wide mouth of ancient mother earth with the youths losing consciousness and leaving our dear nation to the business of recycling leaders the only resource we recycle. We lost it all when we allowed old men to become youth leader of our various political parties; the fault is ours because we ran away from responsibility.

Moving from Ebonyi State, stopping by in the ancient city of Ibadan in Oyo State, heading straight to see the hills in Jos, Plateau State, I saw Governors who should be with their grandchildren yet the youths see no reason for #30percentornothing. It is conspicuous that we the youths of this great nation should bury our face in tears, shame and total humiliation because we have failed in our responsibility instead of taking over the steering of the metaphorical bus of this nation we took comfort laughing recklessly in the back seat and watch things get rotten. If Murtala Ramat Muhammed could become Head of State on the 30th of July 1975 when he was 37years and 7months old, Aremu Matthew Olusegun Obasanjo became Head of State 38years, Yakubu Gowon became Head of State at 32years and Muhammadu Buhari who became Head of State few days to his 41st year birthday has refused to retire in governance three decades after because of either our indifference or he sees us as incompetent.  To the doubting Thomas’ who believe such can only happen in the military regime where coups take place, Donald Duke became Governor at 38years, Liyel Imoke became a Federal Minister at 42years and Governor at 46years both of Cross River State, Rotimi Amaechi became Speaker of the Rivers State of Assembly at the age of 34years in 1999 and Governor at 42years in 2007, Ayo Fayose of Ekiti State became Governor at 43years in 2003, Godswill Obot Akpabio of Akwa Ibom State became Governor at 45years in 2007, all in this current dispensation of democracy, what other proof do you need to believe in the actualization of this dream, #30percentornothing? It is simple, get your voters card and before you vote anyone into position of authority be convinced that the cabinet will consist of youths of at least 30%.

Finally, I will end with the wise message of Mother Teresa that “I alone cannot change the world but I can cast a stone across the waters to create many ripples”. My own stone I have thrown into the political rivers of Nigeria that all youths may heed the clarion call of #30percentornothng and support the vision.

Daniel is on Youth Service in Jalingo, Taraba State. Danny4god001@yahoo.com

Rudolf Ogoo Okonkwo: Gen. Azubike Ihejirika And The Sins Of The Fathers

Obafemi Oke: The Political Dilemma, Neither APC Nor PDP Will Serve The Yoruba’s