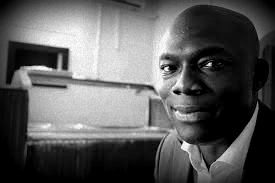 I wanted to write an article on “How to be a Man”, seeing as we are told in scripture that man was made before woman. But since that manual was going to be too short for its own column, I decided to include it here.

How To Be a Man in Nigeria:

Do what you want, when you want, how you want. The world is yours. Only fellow men can stop you. The End.Now that we have gotten that out of the way, let us talk about women.

This is how to be a woman in Nigeria.

As a woman you must understand the Grundnorm which will guide you throughout life: You, having been made from the ribs of a man, are inferior to man. Once you understand this, every other thing becomes easier to swallow.

In Nigeria, your life is incomplete without a man. So when you have got those degrees, that plum job, that house, those cars, it would be right for a journalist to ask you: so, (after all these irrelevant achievements) when are you going to get married? Because in Nigeria, a woman who does not get married will not make heaven. She is incomplete, like a missing sock, or the left leg of a sandal.

As a woman professional who has done the right thing and got married, you must prepare in every interview to answer the following question: How do you balance family and work? It does not matter that successful men with many wives and dozens of children are never asked about work-family balance. It is not a man’s job to take care of children. That is why you were made. And that is why when you decide to go and become successful, we need to ask you if you are neglecting your primary responsibility, which is cleaning up after the man you married.

A good, scripture-believing woman must avoid agents of the devil, like those who say that women need to have the same rights as men. Any woman who tells you that women are equal human beings and deserve the same treatment is a woman that wants to drag you to hell.

In matters of sex, you must never admit to knowing anything more than basic lying down and letting it happen to you. You are not a participant. You are a mere facilitator in an activity designed to make your superior human enjoy the process. That is why women who talk about their sex life are called sluts. It does not matter that it takes two to tango. If nature wanted you to be a human being like a man, it would not have made you the one carrying the pregnancy. A slut simply defined is a woman who wrongfully appropriates to herself the right to enjoy sex. I would advise you not to worry about the fact that a man, who does the same thing a slut does, is called a stud. Even in the animal kingdom, male and female animals have different names. That is why a male dog is called a dog and a female, a bitch. It is not my fault. Ask the white people who came up with those names. Just remember the Grundnorm: women are inferior to men.

The rule is, never admit to enjoying sex or even to having had previous partners or boyfriends. If you meet a man and you are not a virgin, you must find a way of explaining why you are in this sinful state. You can say that you were doing inter-house sports in secondary school and while doing the high jump, you lost your hymen. Or you can blame it on riding bicycles. But if you have to admit to ever having had sex, say that it happened only once and that you did not enjoy it even. Say that he deceived you. Then the man will forgive you for not being a virgin. Do not ask how many women he has been with – how is this relevant? It is your virginity that counts. However, never ever admit to having been sexually abused, because you will be blamed for putting yourself in the position to be raped. And no one will want you.

Do you have a daughter? To prepare you girl child to be the ideal woman, I have prepared a list of things you must do. Follow this list and your daughter will turn out to be a happy, Nigerian woman:

1. Let her wear pink. Girls wear pink. It does not matter if she likes blue.

2. Teach her to be a princess. Princesses sit all day in castles and wait to be rescued by princes to whom the world belongs. Her goal should be to make a prince happy one day.

3. Do not teach her how to change light bulbs, care tires or lift heavy items. That is for her brothers. This will ensure that she will go through life depending on men to do these things for her. A woman who knows how to depend on a man is a happy woman.

4. Teach her how to be a good wife. This means first knowing how to clean and cook for a man. Because if you do not cook for a man, he will find another, well-trained cooking woman to sleep with. And it will be your fault. On no account should you teach your son how to cook. This will weaken him and make him a slave to some evil witch of a woman. You do not want this.

5. Teach her to know her place. A woman does not raise her voice where there are men. That is a badly behaved woman with no home training. A good woman knows that silence is golden.

6. Let’s say your daughter has both finished university and just found work. While it is ok to buy a car for your son to make it easy for him to get to work, you must not do so for your daughter. In fact, before she gets married you must advise her against buying a car for herself. This scares men away. And god forbid that your daughter ends up as an old angry spinster. Old angry spinsters become feminists or worse, lesbians. And we all know lesbians and feminists will not make heaven.

7. Teach her to cover her body properly and wear very long skirts. Because women who expose their bodies provoke men into raping them. You don’t want the devil to use your daughter to tempt men.

I will keep sharing tips with you as they come to me. Because I care.

God bless your hustle as you try to become the perfect happy Nigerian woman.