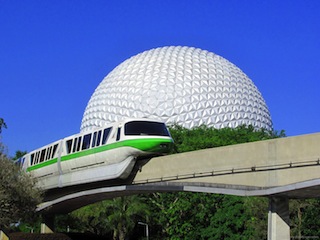 Oqua told journalists in Calabar on Wednesday that the train would convey passengers between the Calabar International Convention Centre (CICC) and Tinapa Business and Leisure Resort.

He said the CICC and Tinapa resort were conceived by the State Government as “landmark tourism development projects in West Africa.
“There are currently three stations; these are located at the CICC, Tinapa Lakeside Hotel and the parking lot close to Studio Tinapa and the shopping mall.

“Each of the 10 rail cars is equipped with an automatic sliding door, two-way communication, air-conditioning and large panoramic windows.
“The large windows will give passengers an amazing view of the Calabar River and the surrounding rainforest during the two-minute ride across the lake,” he said.

He said that the monorail, which he said is a thoroughly modern transport system, would be powered by electricity generated by an independent power plant to ensure sustainability.

“By connecting Tinapa to the CICC, the monorail will make it convenient for delegates and organisers staying at the Tinapa Lakeside Hotel to attend conferences at the CICC, in style and with ease.”

The commissioner stated that during their free time, delegates could visit the shopping mall or water park at Tinapa Resort for a much-needed break.

“For very large conferences, the monorail will serve as a quick connection between the CICC and breakout meeting rooms across the lake at Tinapa,” Oqua said.