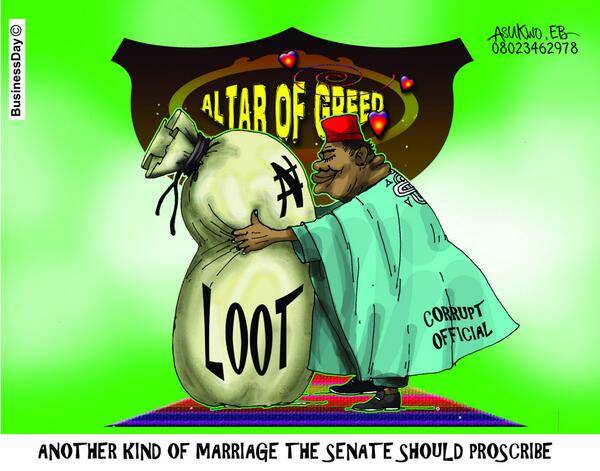 In my last post, I started giving reasons why I think Nigeria is a case study in absurdity. The first reason I gave was the way our politicians change parties without caution. They even seem to get a kick out of their actions. I cited the examples of Nuhu Ribadu, Atiku Abubakar, Femi Fani-Kayode, Rotimi Amaechi and many others. I mentioned the governor of Ondo State, Olusegun Mimiko and likened him to Nicolas Anelka due to the way he has been hopping from one party to another. And to justify this name I gave him, the governor last week decamped again. He has returned to the Peoples Democratic Party (PDP). In a related development, former governor of Plateau State, Joshua Dariye has revealed he is also returning to PDP. With the rate at which defections are taking place now in Nigeria, it seems the political transfer window is now open and the political clubs with the biggest offers are likely to sign on new players for the 2015 political season. Didn’t our president go for medicals in Germany recently? I am not insinuating that he wants to transfer to another political club but maybe his current club wants to be sure of his fitness in order to avoid a very costly mistake it made some seasons, sorry, years, ago when it fielded an obviously physically unfit person as its presidential candidate.

In this post I will be exemplifying another phenomenon which makes our country a case study in absurdity. A senior friend had suggested that instead of ‘absurdity’ in the title of the last post I should have used ‘wrong norm’. His argument was that I can only call a situation ‘absurd’ if I can provide counterfactual evidences. He posited that what we have in Nigeria is the acceptance of wrong norms. That is, we have come to acknowledge the wrong norms as right. So anyone who attempts to observe the right norms will be seen as the abnormal person. But I am sticking to ‘absurd’ in the title of this post because it’s a continuation of the last post. So my second reason for saying Nigeria is a case study in absurdity is because in Nigeria we celebrate questionable characters, corruption and criminality. I present below instances to substantiate my assertion.

A few years ago, achieftain of Nigeria’s ruling political party, the Peoples Democratic Party, who was sentenced to two years in jail for corrupt charges left the prison, after his time in prison ended, amidst fanfare. It was a mammoth crowd that was waiting for him outside the prison gate. He was driven straight to church in a long line of cars accompanied by great jubilation. The church service was attended by a former president, serving and former governors, members of the ruling party and many others. The icing on the cake was the presence of a then serving minister who represented the sitting president at the occasion. A report said the thanksgiving service was shown live on a national TV. After the church service a lavish reception was held. In a surprising development two years later, the Supreme Court of Nigeria overturned his conviction.

What can be more bizarre than organising a birthday celebration for an ex-governor who is serving time in a jail in the United Kingdom? This onetime governor had been convicted by a UK court for money laundering but this did not deter his supporters and kinsmen from organising an elaborate birthday programme for his 55th birthday. The birthday programme lasted three days. Billboards celebrating him were put up in some towns in the state where he had been governor. A church service was held for him, where about seven first class traditional rulers, businessmen and politicians were present. The minister who officiated at service was said to have asked those in attendance to emulate the convicted former governor. At the reception organised in his honour, musicians and comedians performed, and the celebration ended with a football match on the third day.

Do you remember the story of a former governor who was arrested and detained in London on charges of money laundering while he was still a governor in Nigeria but jumped bail and found his way back to Nigeria dressed as woman? He was impeached by his state’s legislature and was the first ex-governor to be convicted of corruption, though he was released two days after receiving a two-year sentence. He was later granted government pardon and today, he is heavily involved in the politics of the country. It is interesting to know that today he is in the same party with the former police officer and corruption fighter who secured his conviction and who was said to have made the following comments after he was granted the pardon: “I’m really sad. I’m sad for my country. There’s not anything people can do to bring the people who are corrupt to justice. “It’s a terrible development. I can’t understand how leaders will sit down and come up with an unbelievable action like this.”

What about the former minister who was accused of being less truthful about the qualifications she claimed to have had but nothing was done about? The same minister was accused of misappropriation of funds by the nation’s House of Representatives but she stayed in her post for over four months before she left. In Nigeria, persons undergoing trial and in incarceration win elections despite the moral burden and even without campaigning.

It has been said that in Nigeria, a corrupt officer should make sure he steals so much money, as he will only be asked to return a fraction later and then he can go ahead and enjoy the rest of his loot. Hope you still remember the pension thief who was given only a two-year jail sentence for conniving with others to defraud the office and pensioners of N27.2bn. The president himself was reported to have said on national television that “Over 70 percent of what are called corruption, even by EFCC (Economic and Financial Crimes Commission) and other anti-corruption agencies is not corruption, but common stealing. Corruption is perception, not reality.”

Darasimi Oshodi is a blogger. Read his blogs at darasimioshodi.blogspot.com

Usman Shamaki: Chibok Girls: 120 Days After, Lest We Forget