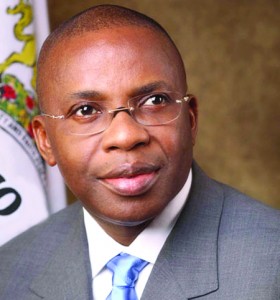 The immediate past governor of Imo State, Ikedi Ohakim is not tired of governance it seems, as yesterday he declared his interest to vie for the governorship seat of the state in 2015 under the platform of the Peoples Democratic Party (PDP).

Ohakim was ousted by incumbent governor Rochas Okorocha who was then of the All Progressives Grand Alliance, APGA and now APC..

Ohakim who addressed party members and journalists at the state PDP secretariat, said he is not ashamed to re-contest the position after losing out to the incumbent, Rochas Okorocha in 2011. Since Ohakim’s ouster, he has been granting interviews, pleading with the people of the state to forgive his short comings during the first term he served, the period he was alleged to have flogged a Journalist and a Catholic priests.

His statements, “There is no need hiding my joy; this is the month of August, the month of my birth; another good news I have for you is that after completing my consultation, I have offered myself to complete my tenure as the governor of Imo State.

“Some people have said in publications that Ohakim forgot something in Government House; has Ohakim no shame? Yes, I have no shame and I am seeking the mandate to go back to the Government House to defend the mandate given to me before with my last blood.

“The man serving now has one term but I have more tenure to complete; the next fight would be to fight governor to governor, project to project and mandate to mandate,” Ohakim stated.

He alleged that he left N28.6billion for the present administration in a hidden account, which he said had been used on frivolities, building roundabouts and other things that were not important to the masses.