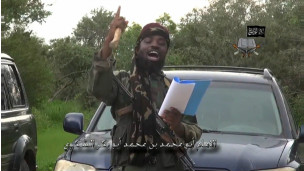 An Australian who’s been negotiating for the release of the 200 school-girls kidnapped by Boko Haram from their school in Northeast Nigeria has today accused several politicians of funding the Islamist fighters.

According to Nigeria’s ThisDay newspaper, Dr Stephen Davis says Nigerian politicians are one of Boko Haram’s “primary” sources of funding. And he says he was very close to freeing some of the girls. But that just 15 minutes before he reached the village where they had been left by their kidnappers, a different group of fighters arrived and kidnapped them again.